A highlight of this week’s annual meeting was a set of positive reports from photonics pilot lines around Europe.

By Matthew Peach in Brussels
Launched one year ago by the Photonics Public Private Partnership, three pilot lines (PIX4Life, PI-SCALE and MIRPHAB), hosted in various research-led centers of excellence around Europe, have focused on supporting SMEs taking photonics-based technologies from the lab into market. A brand new line – PIXAPP, based in Ireland’s Tyndall Institute – has now joined the party.

All four lines were represented on stage at the Photonics21 annual meeting in Brussels this week and generally reported significant progress so far, and made the same request for new client companies who wish to prototype photonics-integrated circuits (“PICs”) and products for applications as diverse as medical systems, OLED lighting and communications devices, to make contact. 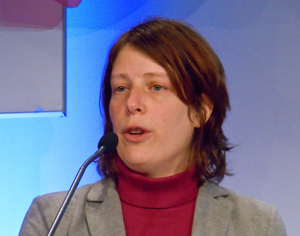 Pix4life
PIX4life, a consortium led by IMEC in Leuven, Belgium, is developing a state of the art silicon nitride (SiN) photonics pilot line for life science applications in the visible range. It aims to make this technology more accessible as an enabler for a broad range of industrial customers.

She gave an example of an early success: “A California-based company, which performs sequencing, last year asked us to help them make their instruments much smaller. Today they can commercialize a system that is 3x smaller, 7x faster and half the price of the original instrument. In their system there are two PIC circuits including one developed at imec.”

“For life sciences, the applications are plenty, but all of them are in the visible range. These range from fluorescent microscopy to sequencing and biosening to bio-imaging and more. Today there is no commercial photonics integrated technology that targets the visible range, which is why we have just started this photonics pilot line based on a silicon nitride platform, especially for the biophotonics and life sciences industries.”

Lagae added, “One important thing for us to do is to is make sure that during the innovation cycle, the development of a new product is both efficient and cost-efficient. We can support this by developing a MPW (multi project wafer) approach. This requires us to develop our manufacturing capacity. 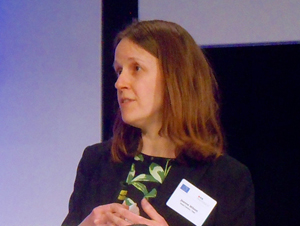 ”The two major aspects that we want to address: Pix4Life offers MPWs, combining the designs of several SMEs at once, so we want to invite potential partners to join us; and we would also like to hear the thoughts of the wider industry on packaging, which is currently one of our bottlenecks.”

PI-SCALE
Dr Joanne Wilson, program director at the Holst Centre, Eindhoven, then reviewed progress at PI-SCALE, a pilot line providing open access services to a wide range of external users in order to accelerate the commercial adoption of flexible OLEDs.

She told the gathering, “From a design point of view, OLED options are still quite limited – just a few colors and shapes, mostly white and squares.

"At PI-SCALE we have the ability to develop flexible and customized OLEDs, so customers can have access to developing more diverse, next-generation products. We are talking about OLEDs that are of different colors and shapes, flexible designs, transparent substrates, new form factors and active matrices that will enable arrange of new products and applications.

“The ambition we have at PI-SCALE is to is to accelerate the European OLED applications industry sector by filling up our pilot line – to fill the gap between R&D and mass-production by giving companies access to an independent source of expertise.”

PIXAPP
Prof Peter O’Brien, head of the photonics packaging group at the Tyndall Institute, Cork, Ireland, is leading the newly announced €15.5 million PIXAPP photonics packaging pilot line, which has the bold objective of “driving EU growth and competitiveness in the global photonics industry”. 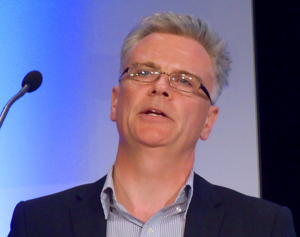 He commented, “The consortium involved in PIXAPP, led by Tyndall, will establish best-in-class PIC packaging technologies that are cost-effective and scalable to high volume manufacture. We will offer these technologies through a single easy access point, which we call the Pilot Line Gateway, based at Tyndall.

“Furthermore we plan to train and educate the photonics workforce of the future by creating a unique laboratory-based training program. This program will be a game-changer not only for the European photonics industry but also global photonics.”

’Bottleneck’
He explained how his line will complement the other existing pilot lines: “There’s a real need now for this because as Liesbet (from imec) was saying earlier about Pix4Life, there has already been great invention in Europe built up around these PIC chips but there’s a real bottleneck around packaging.

”Within the European infrastructure, we have very good institutes and companies developing new capabilities. But there has been a real difficulty in scaling that up to high volume and we believe that is where there’s an enormous opportunity.”

The plan for new arrival PIXAPP is to grow output to a “very large volume” and bring the manufacturing focus on to European SMEs, but also bring in companies from outside Europe and provide manufacturing and packaging for such clients in Europe.

O’Brien concluded, “The markets that we are addressing are PICs, such as for data communications centers but also in areas like healthcare, diagnostics. These markets are growing all the time – sensors, such as automotive sensors, for example. We are already talking to a lot of customers for developments such as lidar systems. We are covering a wide range of markets and different PIC formats from silicon nitride to indium phosphide and more.” 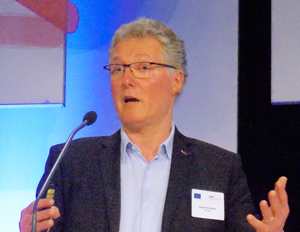 Sergio Nicoletti, the MIRPHAB project manager, who is based at CEA-LETI, explained, “MIRPHAB is a pilot line for the prototyping and fabrication of MIR devices for chemical sensing. There are a number of different applications in health, monitoring for health, such as in detection of hidden signs of a disease.”

He added, “Other market sectors for our technologies include monitoring of emissions, and related applications in transportation, security and safety.”

Nicoletti commented that although there are a number of such commercial devices already existing in these areas, “it is our view that most of these systems are bulky and expensive. Our belief at MIRPHAB is that by addressing the miniaturization of these devices by using building blocks coming from different partners in the MIRPHAB consortium we can really reduce the size and cost of such devices and make more valuable and useful devices.”