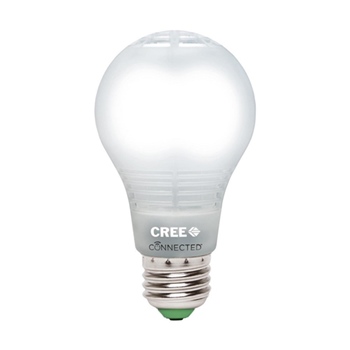 Headquartered in Hong Kong, the new “Cree Venture LED Company” will be 51 per cent-owned by Cree, with the remainder belonging to San’an.

The hook-up is intended to marry Cree’s technology and brand recognition with the manufacturing scale and logistics expertise of San’an. “Leveraging Cree’s superior portfolio of patents and global sales channels, this joint venture will bring to market a broad portfolio of high-performance mid-power products to serve the fast growing, $4 billion global mid-power LED market,” announced Cree.

“With this agreement, Cree’s LED business is now able to serve the broader needs of the general illumination (indoor and outdoor lighting), horticultural and other evolving LED markets.”

Heading up the new venture as general manager will be TK Ong, with corporate governance under a board of directors comprising members from both companies.

Cree and San’an said that they are now working to incorporate, fund and commence operations of the joint venture, and targeting initial product sales in the third calendar quarter of 2017. Cree will receive royalties from the joint venture on its patent portfolio.

Asked about the difference between the San’an JV and Cree’s earlier ventures with Chinese partners, Swoboda stressed that the new company would actually be making LED components, rather than simply acting as a supply line, and that San’an would be providing the manufacturing investment required.

The arrangement will see Cree’s Durham wafer fabs able to concentrate on making the most cutting-edge, high-power LEDs, and little or no conflict with the new JV’s focus on mid-power devices.

“In lighting and in some other applications, mid-power is a practical choice and we want to have the products to be able to service that for those customers,” Swoboda explained.

But while Cree’s management team said that LED demand remained solid in the latest quarter, the company’s stock slipped in value by nearly 8 per cent in pre-market trading following the investor call – possibly on concerns about a more generalized slowing of demand for lighting products and a flat outlook overall.

Wolfspeed sale scuppered
The latest quarterly filing from Cree saw the company post a net loss of $99 million as sales fell 7 per cent year-on-year to $342 million for the three months ending March 31. However, the extent of that loss was almost entirely the result of matters out of Cree’s control.

The Durham, North Carolina, company recently became the latest victim of a decision by the Committee on Foreign Investment in the United States (CFIUS), which last month blocked the planned sale of Cree’s “Wolfspeed” division to the German chipmaker Infineon Technologies. Cree estimated the cost of that decision at $98 million in the latest quarter – largely the result of having to write down an $86 million tax adjustment.

Wolfspeed specializes in radio-frequency and power electronic devices based on silicon carbide (SiC) – the same substrate material on which Cree produces its high-performance LEDs.

The CFIUS decision to block the Infineon deal on grounds of US national security follows similar calls on Philips’ planned sale of its LED-producing Lumileds division – now spun off into a separate entity via a public offering of stock – to a Chinese buyer.

And the same committee also foiled the planned sale of Aixtron – the German company that provides key equipment used in LED epiwafer fabrication – to another Chinese buyer. All three of the deals blocked by CFIUS have involved advanced semiconductor materials that can be used in both commercial and defense-related applications.

Swoboda said that Cree is now investing in the Wolfspeed business, which is set to grow as demand for electric vehicles has a knock-on effect on the need for more efficient electric drives and charging systems – something SiC electronics is able to provide, albeit at a higher cost than conventional silicon devices.

The CEO also highlighted Cree’s recent development of what he believes to be the first "intuitive lighting" system for buildings (see video below), based on responses from sensor data via the “Internet of Things”.

“I believe this is just the beginning of transforming lighting into a much larger market opportunity over time,” he told investors.