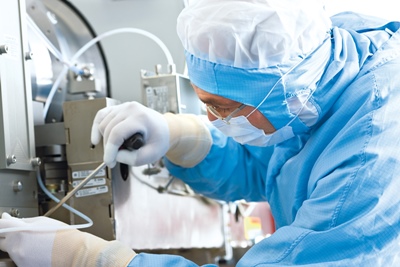 Veldhoven, Netherlands-based ASML, which claims that it has been “forced” into the response by Nikon’s failure to negotiate seriously any extension to an earlier licensing agreement, said it was filing initial legal claims in Japan for infringement of more than ten patents, with more actions set to follow in the US.

ASML, which has filed claims both individually and alongside Zeiss, categorically denies infringing any of Nikon`s patents.

Its CEO Peter Wennink said in a company statement: “We have no choice but to file these countersuits. We have tried for many years to come to a cross-license agreement that reflects the increased strength of our patent portfolio.

“Unfortunately, Nikon has never seriously participated in negotiations. Now that Nikon has decided to take this dispute to court, we also have to enforce our patent portfolio, and we will do this as broadly as possible.”

Jena-headquartered Zeiss, whose Semiconductor Manufacturing Technology (SMT) subsidiary – soon to be 25%-owned by ASML – is based in Oberkochen, Germany, issued a virtually identical release to the Dutch firm, adding that the counter-suits were intended to protect its intellectual property and safeguard its market position.

US ITC case
The renewed legal hostilities come more than 15 years after the companies first confronted each other with claims of patent infringement.

ASML says that in 2001 Nikon initiated the spat when it approached the United States International Trade Commission (US ITC) with infringement claims.

“Two years later, the [US ITC] found no violation and ASML won on all 15 accounts,” it reports, adding: “ASML and Nikon subsequently settled in a cross-license agreement that allowed both companies to focus on further developing products and serving chipmakers, without the unnecessary distraction of an intellectual property dispute.”

However, the agreement was a complex one, with certain patents licensed perpetually and others only until the end of 2009. The parties also negotiated a “transitional period”, during which neither would launch another lawsuit, that expired at the end of 2014.

Since then, no new license agreements have been announced, but ASML’s business remains dominated by sales of the immersion lithography equipment that is at the heart of the dispute.

“Nikon’s patent portfolio was larger than the portfolio of ASML and Zeiss in 2004, a situation which is now reversed,” ASML claims, adding that it has spent more than €8 billion on research and development since the original dispute was settled – much of which has been to develop the extreme ultraviolet (EUV) lithography systems that ASML has just begun shipping to customers for future volume chip production.

“ASML built up a strong portfolio of more than 10,000 patent rights,” states the firm. “The application of these innovations has been adopted by all of the world’s largest chipmakers.”