300-member industry group is "on a mission to build a strong network of trusted industry experts and leaders". 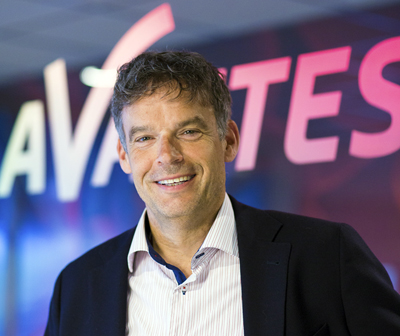 The European Photonics Industry Consortium (EPIC) has announced that it has appointed Benno Oderkerk, co-founder and CEO of Avantes, as the industry group’s new president.

EPIC stated that Oderkerk brings to the association “his experience of growing a company and raising the level of professionalism that is expected from such an organization”.

Oderkerk himself commented, “EPIC is on a mission to build a strong network of trusted industry experts and leaders. I am proud to join an association which receives such positive feedback from those who interact with the EPIC staff.”

In 2016, EPIC staff visited 96 member companies across Europe, getting to know their key competences, discussing challenges, and engaging them in 21 workshops and events throughout the year.

Oderkerk co-founded Avantes in 1994, a spectroscopy company, headquartered in Apeldoorn, Netherlands with offices in the USA, China and the UK. He holds a master’s degree in electronic engineering from Twente Technical University in Enschede. Prior to this he worked at the Technion Institute of Technology in Haifa, Israel, and as a technical Director at STM Sensor Technology, in Munich, Germany.

Avantes works with a variety of industries ranging from biomedical and lighting to semiconductor and petrochemical sectors. Itss North American operation is based in Louisville, CO, and is currently experiencing “robust growth”, the company stated. The company's range of products and systems includes spectrometers, light sources, software, fiber-optic cables, and accessories. The products are adaptable to diverse applications, and may be integrated into even the smallest housings. The company stated that its products typically find usage in many OEM applications and markets.

EPIC's 2017 board of directors