$81M tranche of program budget approved for 2017-2018 spending, mostly on tools and equipment. 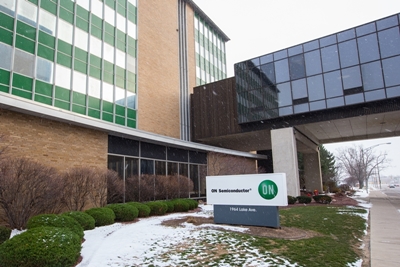 Now hiring: jobs are available at the 'TAP' facilty

The New York State Photonics Board of Officers, which oversees state spending towards the American Institute for Manufacturing Integrated Photonics (AIM Photonics) program, has approved an $81 million tranche of spending largely earmarked for capital equipment.

The investment covers the 2017-2018 spending period, and follows the $106 million total approved for the current year. It means that almost $190 million of the $250 million, five-year budget has now been allocated.

Overall, AIM Photonics is set to receive $613 million in funding, with $110 million from the federal government. Private-sector partners have pledged to provide the balance of around $250 million.

Front-loaded spending
The New York board says that its capital budget is deliberately front-loaded to help establish the so-called “test, assembly and packaging” (TAP) facility early enough in the project cycle to make sure AIM is sustainable through industry relationships and commercial engagements once the start-up funding is completed.

“AIM Photonics is hitting its stride in 2017,” said chairman John Maggiore in a statement from the New York board. “The momentum of the institute continues to grow as we get closer to opening the TAP facility, which will build upon Rochester and New York State’s leadership in advanced technology innovation.”

Announced in December 2016, the TAP facility is located at ON Semiconductor’s 6-inch wafer production site for image sensors in Rochester's Eastman Business Park - the same location where Eastman Kodak pioneered CCD sensor development. It is expected to be up and running for AIM Photonics activities as early as June, and is now also set to house the program’s administrative headquarters.

AIM and ON Semiconductor last week signed a “term sheet” agreement, with the New York board announcing: “The new TAP facility will also have capacity to serve as the AIM administrative headquarters, allowing the institute to be located under one roof for maximum operating efficiency and synergies, while saving taxpayer dollars.”

Previously, the location of the AIM Photonics HQ had proved to be somewhat contentious, with the iconic Legacy Tower – in downtown Rochester and previously home to local eyecare giant Bausch + Lomb – initially selected to host administrative, outreach and training activities.

Several AIM Photonics engineering jobs at the Rochester facility are already being advertised, along with some in Albany, with the New York board saying:

“AIM is seeking candidates who want to change the future of photonics by putting their expertise and capabilities to work on a wide variety of projects and technologies; and who thrive in working collaboratively with AIM Photonics co-workers, members and partners.”

They join a growing suite of blue-chip companies and major players from the photonics sector, demonstrating what AIM called the “continued swell of support” for the initiative.

GE is working with AIM on a large project involving integrated photonic sensors, with a significant portion of the program set to take place at the Rochester TAP facility.

Venture challenge
Another ongoing project is the $10 million “Photonics Venture Challenge”, first announced in January. The competition is intended to support start-up companies focused on optics, photonics and imaging technologies with a top award of $1 million to the most promising venture.

AIM says that the High Tech Rochester (HTR) incubator organization is in the process of establishing full details and the rules of the challenge, with a dedicated website and application information in the works.

“HTR expects to begin publicizing the challenge this spring with applications due for review later in the spring,” AIM said.