Cash-and-stock deal worth up to $20M reinforces G&H’s diversification and vertical integration strategy. 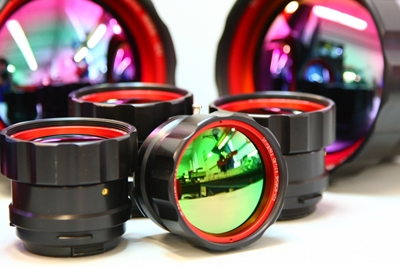 UK-headquartered photonics firm Gooch & Housego (G&H) has acquired the US-based infrared lens and opto-mechanical subsystems company StingRay Optics in a deal worth up to $20 million.

Based in Keene, New Hampshire, StingRay designs high-performance optics equipment used in both military and commercial applications. Founded in 2004 by former Janos Technology director Chris Alexay, it has since increased annual sales to approximately $7.7 million.

G&H told optics.org that there will be no job losses as a result of the takeover, with all of StingRay’s senior management team set to continue in post.

Defense presence
The deal, which fits G&H’s strategic plan to both diversify from its core acousto-optic modulator business, and move up the supply chain into optical sub-systems and systems, follows the mid-2016 acquisitions of laser diode firm Alfalight and military sight specialist Kent Periscopes.

G&H’s CEO Mark Webster said that the incorporation of StingRay would increase the company’s presence in the aerospace and defense sector. In its most recent annual report, for the year ending September 2016, aerospace and defense revenues accounted for £20 million, or around 23 per cent, of total G&H sales.

“It is a profitable and growing business in its own right, which has established an excellent reputation in the US defense industry for the high quality of its custom optical assemblies,” added Webster. “As part of the bigger G&H family we believe it will be able to fulfil its true potential by leveraging our greater reach and our complementary manufacturing and technical capabilities.”

According to G&H, StingRay’s products are used in laboratories, as well as ground-based and airborne military platforms, unmanned aerial vehicles (UAVs) and in space applications.

The UK firm said that its expertise in manufacturing infrared precision optics and specialist coatings ought prove particularly beneficial to the StingRay integration.

Apollo lens for lidar
StingRay’s current offering includes both customized and standard lenses, with products spanning the infrared spectrum from the near-IR through 14 µm. Recent launches include the firm’s first products aimed specifically at lidar applications, with its “Apollo” lenses said to be inspired by the use of the laser-ranging technology to map the Moon during the Apollo 15 mission of 1971.

The terms of the deal will see G&H pay an initial $7.5 million in cash from its existing debt facilities, along with $2.5 million in new G&H ordinary shares that will be ‘locked up’ for one year from the date of acquisition.

The StingRay deal includes a deferred consideration of up to $10 million, payable in cash, that will be dependent on the performance of the business for a period of up to three years, said G&H, adding that StingRay’s profitability should enhance overall earnings in the first full year of ownership.