GE’s announcement this week stated, “We are moving closer to a day where we can fully serve industries, such as automotive, where the mass production of several parts using additive manufacturing becomes a reality.”

When GE acquired its 75% stake in Concept Laser in mid-December 2016 for $600 million, Concept had about 200 employees. Today, employment has grown to 244 and is expected to reach between 350 to 400 people – mostly engineers and technicians – by early 2018. Concept Laser is also bolstering its field service operations in both the United States and Germany, and adding engineers in such areas as production, quality control, development and test.

Architectural designs are being finalized for a significant expansion of Concept’s headquarters in Lichtenfels, Germany, with new floor space for manufacturing, product development and test, and administration. 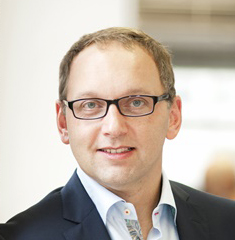 “Over several years, Concept Laser grew quickly and established a strong reputation with our innovations,” said Frank Herzog, company president who began working on metals for the additive process in the mid-1990s, co-founded Concept Laser with his wife Kerstin in 2000, and commercialized the first metal additive manufacturing machine in 2001.

“GE is now enabling us to grow our infrastructure and bring more robust processes and greater resources to our operations. Our immediate focus is to mature our machines and apply the additional resources to improve customer responsiveness and mature, grow, and improve our product offerings,” Herzog added.

Besides Germany, Concept Laser has significant operations in Grapevine, Texas, US, in China, and with a global network of distributors and agents. Concept designs and manufacturers powder bed-based laser additive manufacturing machines. Its customer base is focused on the aerospace, medical and dental industries, with a significant presence in automotive and jewellery.

Following the GE acquisition, Concept is collaborating with the GE Additive Technology Center (ATC) in Cincinnati, Ohio. At this location, GE engineers are identifying where additive manufacturing can be used to mass-produce sophisticated components for industrial products, including components for jet engines produced by GE Aviation, a world-leading end user of additive manufacturing technology.

Herzog commented, “ATC is a critical piece of the puzzle for Concept Laser. We’ve been a manufacturer of the machines and materials for years, but ATC is giving us new insights into the process of product and materials qualification because GE is such an important end user of the technology. The learning is tremendous and will accelerate the development process. We are moving closer to a day where we can fully serve industries, such as automotive, where the mass production of several parts using additive manufacturing becomes a reality.”