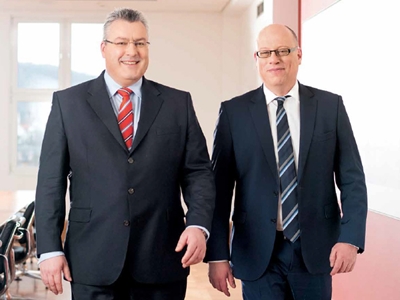 Germany-headquartered photonics company Jenoptik has eliminated its net debt, thanks in part to the improved profitability of its “optics and life science” business unit.

In its preliminary results for fiscal year 2016, the Jena-based firm reported stronger cashflow despite only a modest rise in annual sales, to €685 million.

However, yearly earnings before interest and taxes (EBIT) rose to €68 million, up 12 per cent on the prior year, with the optics and life science unit contributing a divisional EBIT of €33 million – up strongly from €19.7 million in 2015.

“The optics and life science segment particularly benefited from good demand for optoelectronic modules and solutions for the information and communication industry,” reported Jenoptik. “Alongside good business with optical systems, this was also due to improved profitability in the healthcare sector.”

Meanwhile the company’s “mobility” segment, which includes sales of laser equipment used in materials processing applications for the automotive industry, saw a slight decrease in EBIT figures to €24 million, said to be a consequence of investments being made into traffic safety applications.

CEO Michael Mertin, who is set to leave the firm this summer, said in response to the latest results: “In key aspects, the past fiscal year was the best in the company’s history. Jenoptik’s success in its established markets and in new areas of business shows that we have set the right strategic course for the future with a strong alignment to growth markets as well as global mega trends.”

Healthy order book
When Mertin joined the company a decade ago, first as COO but swiftly moving into the leadership position, Jenoptik’s net debt stood at €260 million. At the end of 2015 that was reduced to €44 million, and by September 2016 it had been cut to just €15 million. The company reports a current net surplus of around €18 million.

New CEO Stefan Traeger, who takes over from Mertin in June, can look forward to inheriting a healthy-looking order book as well as a cleared-up balance sheet. At €730 million, orders placed during 2016 were up nearly 15 per cent on the 2015 total – attributed largely to stronger demand from the defense sector and for mobility applications.

Jenoptik’s CFO Hans-Dieter Schumacher, who along with Mertin has set an annual revenue target of €800 million for fiscal year 2018, commented: “On the basis of present economic forecasts and our solid order and project pipeline, our outlook to 2017 is positive.

“In view of the Group’s lasting transformation from a technology-driven to a more customer and market-centric company, we expect to see a continuing growth in revenue and earnings for the current fiscal year.”

Jenoptik is also busily investing around €14 million in Rochester Hills, Michigan, where a new campus for metrology and laser systems will be ideally suited to serve the US car industry.