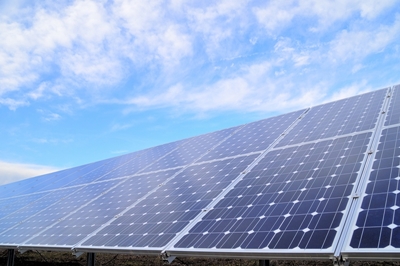 QD Solar, a spin-out from the University of Toronto in Canada working on quantum-dot materials for solar energy harvesting, has completed a series A round of financing that it says will help bring the technology closer to market.

The round includes C$2.5 million in new funding from a consortium led by Netherlands-based DSM Venturing, with matching contributions from Canadian commercialization agent MaRS Innovation, and the King Abdullah University of Science and Technology (KAUST) in Saudi Arabia.

De-risking
QD Solar’s CEO Don Shea, formerly an executive at both Celestica and Blackberry, said in a release from the start-up that the combination of the series A round and project support from Sustainable Development Technology Canada (SDTC) awarded a year ago will allow the firm to “advance, develop, test and de-risk” the solar technology.

The company’s first product, an insert into conventional silicon solar panels that uses quantum-dot structures to provide absorption outside the normal wavelength range of crystalline silicon, is said to have the potential to boost panel energy output by one-fifth.

That technology comes from the laboratory of Ted Sargent, a professor at the University of Toronto and also CTO at QD Solar. Sjoerd Hoogland, who gained his PhD in laser development at the UK's University of Southampton, is the start-up's VP of research and development.

Nicola Bettio, the director of the KAUST Innovation Fund, said: “We are delighted to partner with DSM to further support QD Solar and its breakthrough hybrid quantum dots/crystalline silicon solution.

“We stand at the cusp of a new era in which the paradigm for new energy is changing. This investment is very much in line with our aim to support technology-based ventures that have a very positive global impact on sustainability.”

Reza Moridi, Ontario's minister of research, innovation and science, added: “Thanks to the concerted efforts of the University of Toronto and MaRS Innovation, QD Solar has quickly gone from early stage to market-ready.

“Our government is committed to supporting ground-breaking technologies like this that have the potential to create highly skilled jobs and keep the environment clean and healthy for people here and across the globe.”

QDs or perovskites?
The benefit of the QD Solar approach is similar in principle to the potential impact that perovskite-based materials could have on the PV panel market – in that both approaches could feature in hybrid products that take advantage of both the new technology's efficiency boost and the existing scale and maturity of silicon solar cell production.

Whether or not either becomes successful will depend largely on two factors: whether the manufacturing processes can be scaled up to the high-volume levels demanded by silicon cell makers; and at what additional cost that can be achieved.

QD Solar has revealed little about its approach, other than that it is based on colloidal quantum dots whose size and bandgap can be tuned to absorb light in either the visible or infrared spectrum.

Claiming to have demonstrated the first tandem solar cell based on colloidal quantum dot materials, the Toronto research team says that it has been granted two key patents covering the multi-junction technology, with another pending.

Ultimately, QD Solar believes that the approach could add four percentage points to silicon cell efficiency, raising typical cell performance from around 20 per cent to 24 per cent at “minimum cost”.

According to the firm’s web site, the PV market remains one largely characterized by the “race to the bottom” in terms of cell and module pricing, driven by fierce supply-side competition.

But it adds that PV manufacturers can no longer count on economies of scale and incremental process improvements to attain profit in the face of competitive pricing pressures. “Manufacturers need to differentiate their product by delivering better performance for the same or lower cost,” it states, saying that its quantum-dot approach will provide such differentiation.