Laser systems company to relocate more operations to Asia, where it benefits from low-tax status in Singapore. 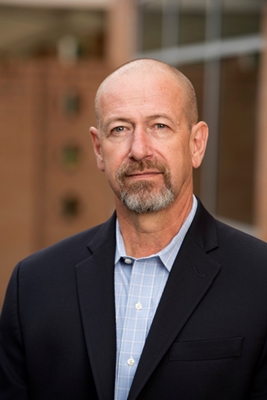 The Oregon-headquartered industrial laser systems company Electro Scientific Industries (ESI) is to close two of its sites in North America, as part of the latest restructuring effort aimed at lowering its financial breakeven point.

ESI will shut sites in Montreal, home to its “PyroPhotonics Lasers” operation, and in Napa – where August 2016 acquisition Visicon Technologies is based. ESI was already in the process of consolidating the Visicon business, which is focused on machine vision for metrology and defect detection, into the wider corporation.

Singapore shift
The restructuring - scheduled to be complete by the end of June at a cost of up to $8.5 million - will also shrink the company’s operations in Sunnyvale, California, and see ESI’s sales, service and operations leadership positions shift to Asia.

ESI benefits from the “Pioneer Status” incentive scheme in Singapore, meaning that it pays no local income tax on manufacturing income in the country. According to the company’s most recent quarterly filing with the US Securities & Exchange Commission (SEC), it is in the process of applying for an extension under the scheme – the initial five-year period having expired in June 2016.

"We are streamlining our organization and re-engineering business processes to transform the way our company gets things done," stated Michael Burger, who took over as CEO of ESI in October 2016.

"Our top corporate priorities are to drive adoption of our new products, improve execution and deliver more consistent earnings over time. The new organizational structure should allow us to lower our breakeven revenue level while being more efficient and effective in addressing the long-term needs of our customers within our targeted markets."

More specifically, the cost-cutting measures should allow ESI to operate at break-even with a quarterly revenue of $35 million, on an “EBITDA” basis.

Burger also stressed that he was keen to retain the expertise of the current Montreal workforce, saying that although the site closure was needed to simplify the overall company structure, he hoped that the engineers there could be persuaded to relocate to either ESI's Portland headquarters or its laser design center in Bordeaux, France.

Ebbs and flows
Burger added in a special investor call to discuss the changes that reducing overheads in this way would enable ESI to handle the typical ebbs and flows of its business more effectively.

ESI’s key application area is tied to investments in semiconductor and microelectronics production further up the value chain, making demand for its laser systems highly cyclical, particularly in areas like memory chip manufacturing.

The lower overheads and a plan to develop other application areas such as micromachining of brittle materials and laser processing soft goods should help to smooth out the negative effects of those cycles, believes the new CEO, who is currently putting in place a new executive team to implement the changes.

According to Burger and ESI’s CFO Paul Oldham, overall spending on research and development activity will not be unduly impacted by the restructure, and should in fact deliver a more focused level of spending on “core competencies” in optics and laser applications.

Once completed, the actions are expected to reduce annual costs by between $10 million and $12 million, with little anticipated impact on revenue generation.

Differentiation needed
Just over a week before the revealing the restructure, Burger had told investors during the company’s latest quarterly results conference call that the severity of the seasonality impacting the ESI business had taken him “a little bit aback”, and talked of the need to focus on machining materials like glass and sapphire, or soft fabrics, to differentiate the company.

One thing in ESI’s favor is its expertise in ultrafast lasers, gained via its 2012 acquisition of France-based EOLITE Systems, which specializes in unusual rod-shaped fiber lasers initially developed at the University of Bordeaux.

Investors appeared to react positively to news of the restructure, with the Nasdaq-listed firm’s stock rising 6 per cent and private backer David Nierenberg – believed to be ESI’s second-largest shareholder – saying during a conference call that despite the “somber tone” of the announcement, he saw it as an “answered prayer” regarding the company’s future.

Nierenberg has been critical of previous ESI management teams, and has also served as a member of the company’s board of directors.