Kip Thorne to give keynote at inaugural Day of Light 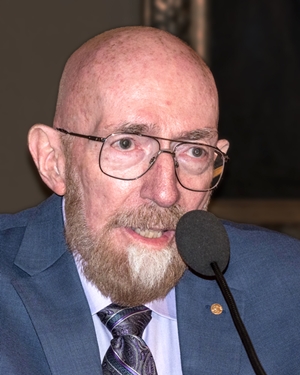 Kip Thorne, the physicist who won a share of this year’s Nobel Prize in Physics for his theoretical work leading to the first direct observation of gravitational waves, is set to give a keynote talk at the inaugural International Day of Light.

Scheduled for May 16th next year, the UNESCO-sanctioned day will see various activities around the world organized to celebrate the science and utility of light and light-based technologies. It follows the hugely successful International Year of Light that attracted millions of people to events throughout 2015.

One of the events will be a flagship inauguration at UNESCO’s headquarters in Paris, France, that organizers say will both raise awareness of the various ways that light impacts on modern society, and consider how advances in light-based science and technology can aid in achieving goals in education and sustainable development.

Already well-known for his theories on so-called "wormholes" in space, and for the ideas behind the 2014 movie Interstellar, Thorne shared the Nobel award with Rainer Weiss and Barry Barish, for their "decisive contributions to the LIGO detector and the observation of gravitational waves".

As well as Thorne, the line-up of keynote speakers for the Paris event includes Claude Cohen-Tannoudji, the Algeria-born physicist who shared the 1997 physics Nobel with Steven Chu and William Phillips for their development of laser-cooling and trapping of atoms.

Among the other luminaries taking part will be current International Commission of Optics (ICO) president Roberta Ramponi, Philips Lighting’s head of global public and government affairs, Harry Verhaar, and Luiz Davidovich, president of the Brazilian Academy of Sciences.

IDL sponsors
Organizers say the inauguration will include cultural interludes, light painting displays, an exhibit from the Mexican Museum of Light, and a photonics science show. It will also be accompanied by both interior and exterior display installations to highlight the “unifying power of light”.

The inauguration will run from 2pm until 10pm, and attendees and guests will include leaders from both light-based science and industry, as well as national delegates and sponsors, science enthusiasts, diplomats and decision-makers from across the globe.

Officially ratified by UNESCO last month, the International Day of Light activities are being overseen by the organization’s International Basic Science Programme. Its steering committee includes representatives from various societies and industry groups - including optics.org publisher SPIE, as well as The Optical Society, IEEE Photonics Society, the European Photonics Industry Consortium, and more besides.

Among the goals of the international event are emphasizing the importance of basic research in the fundamental science of light, as well as the need for investment in light-based technology to develop new applications, plus global promotion of careers in science and engineering in these fields.

Industry involvement on that committee comes in the shape of Philips Lighting, the photonics company Thorlabs, skylight window maker Velux, and – oddly – the Italian drinks maker Bosca, whose products include prosecco and vermouth.

SPIE is planning to award grants of up to $3000 each to fund International Day of Light-related projects organized by its members, and is also supporting the event through a dedicated photography contest that will launch on the day of the celebrations.