Restructuring dental laser company described by own CEO as 'still a work in progress'. 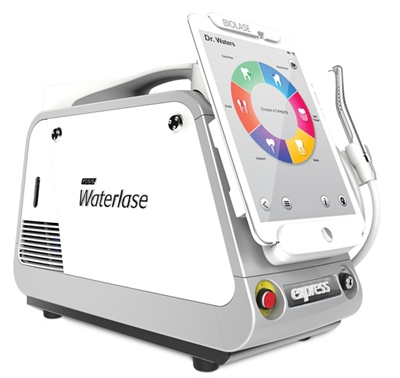 Biolase, the Californian provider of laser systems for dentistry, says that the recent hurricane season adversely hit revenues in its latest financial quarter – exacerbating the company’s ongoing challenges as it restructures its sales operation.

At $10.8 million, sales in the quarter that ended September 30 were down nearly 20 per cent on the same period last year. That contributed to a widening net loss, and means that Biolase has now racked up pre-tax losses of $12.9 million this year.

CEO Harold Flynn, Jr., said: "This summer’s hurricanes in Texas and Florida, combined with the disruptions caused by our sales force reorganization initiative, caused us an estimated $1 million in revenue during the third quarter."

The Irvine-based firm also burned through $3.5 million of cash in the latest quarter, and as of September 30 it listed only $4.5 million in cash and equivalent liquid assets on its balance sheet. The company, which has just appointed a new CFO and chairman of its board of directors, is hoping to raise between $8 million and $12 million through a rights offering scheduled for November 8.

Restructuring
Flynn said in response to the latest results that although the transition of Biolase is progressing, it is not yet manifesting itself in the form of revenue growth.

Meanwhile, he has instigated a series of cost-cutting moves that he believes will save the company around $2.5 million annually. “We are in the process of a complete restructuring and retraining of our sales organization and are targeting a different, much larger segment of the dental market,” noted the company in a release accompanying the latest results.

“We have brought in new, experienced people to lead the sales teams both in the US and internationally, and we are much deeper into the restructuring of our sales organization, but it takes time to realize the returns in higher sales on those investments,” Flynn added.

The CEO said he was encouraged by what he sees as genuine enthusiasm in the marketplace for the company’s “Waterlase Express” laser, hailing a strong response during September’s American Academy of Periodontology Conference in Boston.

“Waterlase Express has also allowed us to begin building a new and valuable customer base in a considerably larger and more lucrative market segment,” Flynn said, pointing out that three-quarters of the customers sold to in the latest quarter were new to Biolase.

“We’re clearly still a work in progress,” the CEO told an investor conference call discussing the results. “There’s no question that we’re disappointed with our results as we expected better revenues and we expected to be further along in the transition process at this point.”

Compact, lower-cost laser
Flynn’s strategy is to change the Biolase customer base - typically early adopters keen to try new technologies and with an inherent understanding of the value offered by lasers - to a more mainstream and less technically oriented group.

“Now our focus is on penetrating a much larger group of customers, the practice-oriented solution seekers,” Flynn said. “They currently know very little about laser dentistry and it’s our focus now to educate them about the clinical value [that] lasers unlock for patients, doctors and staff, as well as a sustainable business and strategic value they unlock for their practices.”

That demands a completely different approach to sales, with less of a focus on technical specifications and “coolness”. The attributes of the Waterlase Express product – an all-tissue system launched in February and based around a miniaturized Er, Cr: YSGG (i.e. erbium/chromium-doped yttrium-scandium-gallium garnet) laser source emitting at around 2.8 µm - have been designed with that goal in mind.

As the fifth generation of Biolase’s long-standing Waterlase product line, it is a much more compact and lightweight version of the firm’s flagship “Waterlase iPlus” system – and is available at around half the price.

At launch, Flynn said that he hoped the new product would have a disruptive effect similar to that of the Apple iPhone, adding: “We believe Express is the dental laser that is finally ready for the vast majority of dentists around the world, many of whom have waited to integrate our all-tissue laser solutions into their practices.”

Reflecting on the latest sales figures, the CEO added: “We appear to have established a beachhead in a couple of new and important market segments.”