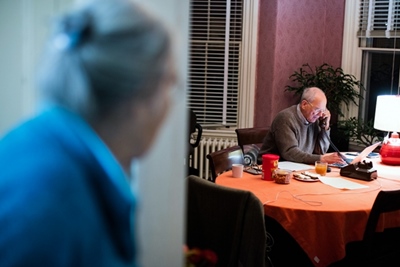 In what must rank as one of the most entertaining press conferences to greet a new Nobel laureate, Rainer Weiss appeared to drop a hint that scientists searching for gravitational waves may have already captured signals generated by neutron stars.

Alongside Caltech’s Kip Thorne and Barry Barish, the Massachusetts Institute of Technology (MIT) “lifer” was this week awarded a share of the 2017 physics Nobel – roughly two years after the Laser Interferometer Gravitational-wave Interferometer (LIGO) scientific collaboration of which they were pioneers confirmed that Einstein’s century-old prediction was correct.

Cosmic collisions
So far, all of the publicly released gravitational-wave signals picked up by the LIGO and Virgo facilities, located in the US and Italy respectively, have related to black-hole collisions and coalescences. But there are plenty of other cosmic phenomena that should be capable of producing the tell-tale ripples in space-time.

Supernovae, pulsars and neutron stars are all thought to emit gravitational waves in certain circumstances, while Weiss believes that when sufficiently sensitive detectors are developed in the future, vibrations generated in the wake of the Big Bang itself will also reveal themselves.

In fact, neutron-star collisions had been expected by many to be the source of the first detected gravitational waves. Noting that another announcement by the LIGO team has been scheduled for October 16, Weiss said that such collisions “do happen”.

Indeed, the first indirect confirmation of gravitational waves was made as long ago as 1974, from the analysis of radio-frequency flashes emitted during a neutron-star collision. The LIGO Nobel win specifically recognized the first direct observation of the gravity-wave phenomenon.

Although Weiss declined to expand further, in deference to those planning the next announcement, the hint appeared to back up suspicions already circling among astronomers that the next big reveal from the team will relate to neutron stars.

‘Quite nude’
In a wide-ranging and hugely entertaining response to the Nobel accolade hosted by MIT, Berlin-born Weiss said that he was asleep in bed when his wife answered the call from Sweden. “We were all quite nude,” he quipped when asked by a journalist at the press conference to describe how the call unfolded. “You asked, and I’m telling you!”

That followed his account of the LIGO team’s initial response to the September 2015 gravity-wave signal that prompted the Nobel award, with Weiss saying: “Most of us didn’t believe it.” That was partly because the team had at times deliberately injected bogus signals into the detector chain, to test the responses of the system and analysis procedures.

Like most of his colleagues, Weiss’ first thought was that what turned out to be a 1.3 billion-year-old gravitational wave signal was much more likely a “fake injection”. After that possibility was quickly dispelled, thoughts turned to whether the large signal might have been placed by a hostile power. “Like in the election!” he joked.

In fact, said Weiss, LIGO’s hardware specialists had not been pre-occupied by thoughts about the signals and what they might mean, and were motivated much more by the need to develop better and better detector systems.

Scientific process: 'in jeopardy'
Stressing, like co-laureates Thorne and Barish, that the hard-earned success of LIGO and Virgo resulted from the decadal efforts of upwards of a thousand scientists and engineers of which he was only one “symbol”, he also paid tribute to the efforts of UK-born laser physicist Ron Drever, who died last year.

After confidently predicting that improvements to the LIGO and Virgo detector sensitivities will reveal new information about pulsars, black holes, and supernovae, declaring himself “humbled” by the Nobel award, and saying that Einstein would have been “flabbergasted” by the black-hole results already confirmed, Weiss finished on a political point.

Now a professor emeritus but clearly enjoying most of his time fiddling with detectors in the manner of a graduate student, Weiss – who as a child fled Nazi Germany with his parents (see MIT back-story), first to Prague and then New York – told the MIT press conference:

“This prize, and others given to scientists, is an affirmation by our society of [the importance of] gaining information about the world around us, from reasoned understanding of the evidence.”

He concluded, pointedly: “A process that is currently in some jeopardy.”

MIT official video - Rainer Weiss on the September 2015 signal: "Everybody thought it was a fluke. It was too good."