...while Innoviz, another leading LiDAR systems developer, extends its Series B funding to $73 million. 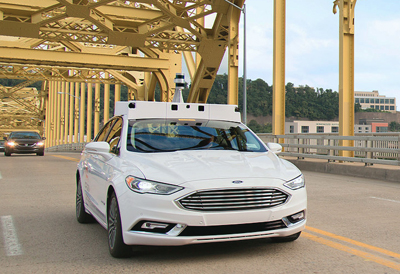 Ford Motor Company’s Argo AI (artificial intelligence) unit, which develops software for self-driving vehicles, has announced that it is buying Princeton Lightwave, one of the oldest makers of lidar sensing devices (founded in 2000) that use laser light to help autonomous cars perceive nearby objects.

Announcing the acquisition, Argo Chief Executive Officer Bryan Salesky said in a blog (see below) that his company “won’t be able to build” self-driving cars without lidar. Financial details were not revealed.

Argo intends to develop affordable lidar sensors with Princeton’s help, Salesky added. The deal comes more than a year after Ford’s $75 million investment in Velodyne, a better-known lidar startup but whose sensor technology is still considered too expensive.

Private and corporate investors have have now splashed more than $700 million into startups developing lidar systems for self-driving cars, according to analysis of publicly available investment data made by media giant Reuters.

Princeton Lightwave is one of at least four such startups to be acquired in the past two years. Others include Tyto Lidar, a small San Francisco Bay area company purchased by Uber Technologies in 2016, and Pasadena, California-based Strobe, which General Motors bought earlier this month.

Ford acquired control of Argo in February and is investing $1 billion in the Pittsburgh-based company over five years. Argo is developing a software-based “virtual driver” system for the automaker.

Bryan Salesky, Argo‘s CEO, commented, “These LiDAR-based sensors are crucial to creating a three-dimensional view of the world that helps autonomous vehicles find where they are on the road and to detect other vehicles, pedestrians and cyclists.

“The technology that underpins their lineup of LiDAR sensors  will help us extend the range and resolution needed to achieve self-driving capability in challenging urban environments. Princeton Lightwave’s technology also complements and expands the capability of LiDAR sensors already available to the automotive industry today.”

“With the addition of the Princeton Lightwave team, Argo is uniquely positioned to innovate in both sensor hardware and the interface between sensor and software . We’re also looking to lower costs and manufacture these sensors at scale.”

He concluded, “Argo’s expansion serves to expedite our mission to commercialize and deploy self-driving cars at scale. To our talented new team members from Princeton Lightwave: Welcome aboard! We’re thrilled to embrace your expertise as we all work together to build an exciting future of autonomous vehicles. 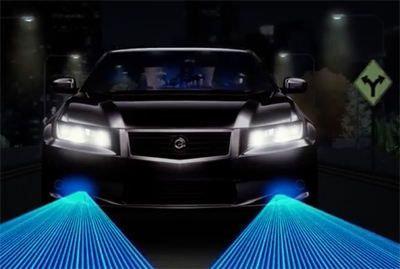 Blue chip: Innoviz has extended its Series B funding to $73 million.

Innoviz Technologies, a developer of LiDAR sensing solutions designed for the mass commercialization of autonomous vehicles, has extended its recent Series B funding round. Bringing the round to $73 million in total, the new funding comes from investors Samsung Catalyst and from VC financial group SoftBank Ventures Korea.

“Innoviz shares our passion for changing the world through innovative technologies,” said JP Lee, Managing Director and Partner of SoftBank Ventures Korea. “LiDAR is a crucial technology for enabling autonomous vehicles to sense their surroundings, and Innoviz has proven that it is much further ahead than other LiDAR developers in bringing powerful, dependable LiDAR to mass market.”

InnovizPro, a development platform designed to provide auto manufacturers, Tier 1 suppliers and technology companies with the most advanced LiDAR available for testing and development, will be available in Q1 of 2018. Samples of InnovizOne, the company’s automotive grade LiDAR device for levels 3-5 autonomous driving, will begin shipping in 2019.

“We were excited to see such a high level of interest in our Series B round from such an impressive list of top-tier investors and strategic partners,” said Omer Keilaf, co-founder and CEO of Innoviz. “With our LiDAR solutions moving into mass production and getting ready to begin shipping in early 2018, the backing from companies such as Samsung, SoftBank Ventures Korea and all the rest will enable us to scale our operations as we focus on not only LiDAR but the entire autonomous vehicle stack.”