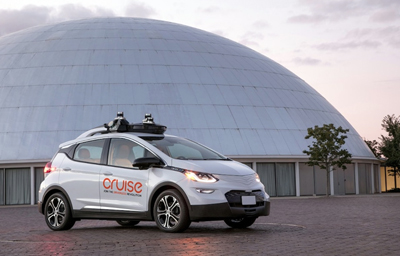 GM had acquired startup Cruise Automation, which makes autonomous (self-driving) car technology, in March 2016 for more than $1 billion. But it was suggested on the IEEE’s Spectrum newsletter that the price paid for 12-person Strobe would likely be in the low tens of millions of dollars as Strobe had been seeking $15 million investment as recently as May 2017.

Going forward, Strobe will supply Cruise with its lidar laser sensors. “Strobe’s technology will significantly improve the cost and capabilities of our vehicles so that we can more quickly accomplish our mission to deploy driverless vehicles at scale,” said Kyle Vogt, Founder and CEO, Cruise Automation.

GM commented of the background to the acquisition, “As self-driving technology continues to evolve, lidar’s accuracy will play a critical role in its deployment.”

Julie Schoenfeld, Founder and CEO of Strobe, added, “The successful deployment of self-driving vehicles will be highly dependent on the availability of lidar sensors. Our deep engineering talent and technology backed by numerous patents will play a significant role in helping GM and Cruise bring these vehicles to market sooner than many think.” 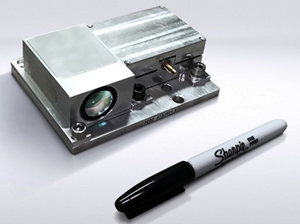 Strobe has collapsed the entire lidar sensor down to a single chip.

In September 2017, Cruise Automation revealed what it called "the world’s first mass-producible car designed with the redundancy and safety requirements necessary to operate without a driver". The vehicle will join Cruise’s testing fleets in San Francisco, metropolitan Phoenix and Detroit.

Earlier this week, Cruise Automation’s Vogt blogged, “Sensors are a critical enabler for deploying self-driving cars at scale, and lidars are currently the bottleneck.

"Existing commercially available solutions cost tens of thousands of dollars, are bulky and mechanically complex, and lack the performance needed to unlock self-driving operation at higher speeds and in more challenging weather.

“As the cost of our self-driving vehicles declines, we’ll be able to accelerate the rate of vehicle production and more quickly roll out our technology to suburban and rural areas where ride sharing is less common today.” 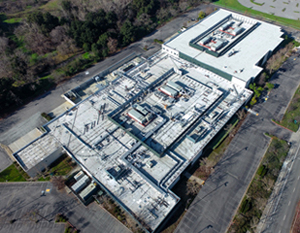 Velodyne LiDAR, a developer of 3D vision systems for autonomous vehicles, has more than quadrupled production for its high-performance LiDAR sensors “to meet strong global demand”.

David Hall, company founder and CEO, said, “With the tremendous surge in autonomous vehicle orders and new installations across the past 12 months, we have scaled up capacity to meet this demand, including a significant increase in production from our 200,000 square-foot Megafactory in San Jose.”

The company has support this production expansion by doubling the number of its full-time employees over the past six months. These employees operate across three facilities in California, including the company’s new Megafactory, its established facility in Morgan Hill, and research center in Alameda.

Velodyne claims to have invented and patented the world’s first 3D real-time LiDAR sensor for autonomous vehicles. It says that over the past decade its sensors have been installed in thousands of vehicles worldwide, traveling millions of "real-world" miles.