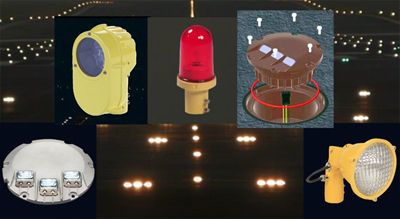 ADB Safegate Sweden has been awarded the optics and photonics prize presented annually by PhotonicSweden, to the best Swedish company in this field. The judges from the Board of PhotonicSweden, said they look for “a combination of technological innovation, a successful economic venture and good profitability”.

ADB Safegate, formed from the March 2016 merger of ADB Group and Safegate Group, whose operations date back to 1973, provides intelligent lighting and photonics-based systems to airports worldwide for safe and efficient navigation and handling of aircraft on the ground. System capabilities include the docking of the aircraft at the gates based on laser radar technology and robust LED-based positioning lights for runways.

The company’s headquarters are in Malmö, southern Sweden; it employs more than 900 employees in over 20 countries; and it operates its systems and services in more than 175 countries, serving more than 2,000 airports.

PhotonicSweden’s citation stated, “ADB Safegate’s innovative development of photonics solutions has contributed greatly to it becoming the world leader in products and solutions for the safe and efficient navigation in airports. The company's products are distributed worldwide, and have given ADB Safegate steady growth and good profitability. The company's products help to increase the safety of air traffic and its travelers as well as to reduce energy consumption at airports.”

Besides the obvious need for safety at airports, saving money in terms of operating costs is also a key priority of airport operators and airlines. PhotonicSweden commented, “ A modern airport involves a huge amount of actions that all have to work smoothly and punctually. Saving money in an airport is all about details – many, many details. If a little money can be saved on every single operation, the result will be great savings on a yearly basis. 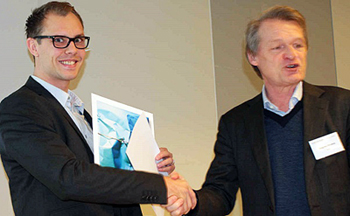 “By 2029, airport traffic is expected to double. This will involve large investments by all of the world’s airports in order to maintain traffic efficiency and safety. ADB Safegate Group develops system solutions that improve operations and ensure safety within the airport. With 40 years of experience from the world’s busiest airports, ADB Safegate Group is one contact point for a complete solution guaranteeing the airport performance, from approach to departure.

Sweden is considered to be a leader in the airport world with its remotely-controlled airports. By deploying photonics-based Remote Tower Services, one or numerous air traffic control towers can be operated remotely irrespective of distance. The key innovative aspect of RTS is that it removes the need for the physical presence of controllers. Through this concept, in the future a tower could be controlled from any country or location and one RTS could even control several airports.

Defence and security company Saab and the Swedish Civil Aviation Administration (“LFV”) have together developed the operational and technological solutions for remotely operated air traffic controlled airports. It has taken ten years to develop: Saab’s Digital Tower Solution is the first remote and digital air traffic solution in operation in the world. Saab is the first supplier in the world to offer a certified remote and digital air traffic management solution; to date, it has accumulated over 4000 hours in operation. 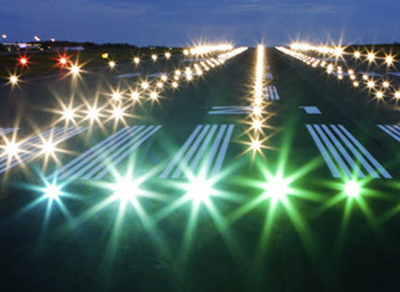 Clear for take off: By 2029, airport traffic is expected to double.

In the Remote Tower Center (RTC), placed 150 km away at Sundsvall Airport, the tower windows have been replaced by fifteen 55 inch LCD-screens that show the runway, taxiway and apron of Örnsköldsvik Airport, where the entire airport is filmed using 14 zoomable, high resolution cameras on a single mast showing clearly what is happening. Recordings are saved for 30 days.

Sweden’s Sundsvall Timrå Airport started using the system during summer 2016 and will be in full operation during 2017. The aim is to transfer the aerodrome and approach control services from local TWR to a remote RTC system, including a visual monitoring of the airport and its surroundings by HD cameras covering 360 degrees.

For this achievement, Saab and LFV were awarded the IHS Jane’s Air Traffic Control (ATC) Award for delivering the first operational and approved Remote Tower in the world.