Fraunhofer ILT focuses on interactions between lasers and materials.

Amplitude and Fraunhofer ILT have entered into an agreement to develop new technologies and products in the multi-100 watt range. Together, Fraunhofer ILT with its high power laser technology expertise, and Amplitude, with its industrial laser development experience, say they are “well positioned to deliver novel and exciting solutions to address future industrial applications”.

Prior development projects between Amplitude and Fraunhofer ILT have included the introduction of one of the most innovative ultrafast lasers on the market today – Amplitude’s Tangor 100W, which is shortlisted for a Prism Award at this year’s Photonics West competition – to be announced at the end of January.

Vincent Rouffiange, VP of Sales, at Amplitude’s Industrial Business Unit, commented, “As we continue to work together, we look forward to providing industrial users with a new generation of cutting-edge high power ultrafast lasers.” 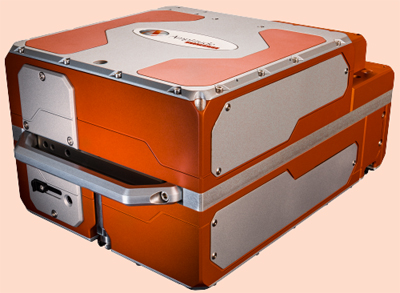 Between January 28th and February 2nd, the company will be exhibiting at the Photonics West and BiOS expo at San-Francisco. Amplitude Group is presenting its range of high-power industrial ultra-fast lasers, including the new Yuja laser, said to be the most compact and rugged 100 µJ ultrafast laser on the market, and the Tangor 100W laser.

The company will also be making a range of presentations in the conferences, including: “Beam engineering for zero-conicity cutting and drilling with ultrafast lasers” and “High speed ultrafast laser surface processing” (30 January); Surface ablation of inorganic transparent materials using 70W femtosecond pulses at 1MHz”, and “Study of the absorption behavior in Ytterbium-doped monoclinic LYB and LGB compounds” (31 January); “100-W-plus femtosecond lasers for high productivity” and “Concepts for industrial femtosecond lasers around 100-fs” (2 February).