This year the ERC has awarded a total of 314 Consolidator Grants, a funding program to support scientific excellence and career development of promising researchers. Of these, 24 went to Spanish research centres, behind the UK, Germany, France and the Netherlands, including four to Valencian researchers – two of which are working in photonics-related fields. 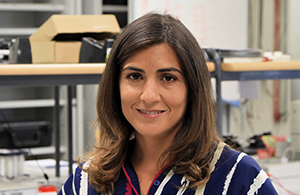 InnoSpace is tasked to develop “super-strength” optical fibers for the wireless systems of the future. The full title of Gasulla’s project is “InnoSpace – Revolutionizing fibre-wireless communications through space-division multiplexed photonics”.

The project aims to increase the speed of Internet access, and anticipate the emerging needs of 5G communications and the Internet of Things. Specifically, Gasulla is working on the latest generation of optical fibers, applying the spatial multiplexing techniques mentioned in the project’s title, which have received increasing attention within the international research community over the past five years.

Her new multi-core designs can transmit in a single fiber what current technology needs up to 36 separate fibers to achieve, significantly reducing the weight and bulk of the materials needed. But beyond this, and crucial to the ERC’s funding decision, they will also offer new processing capabilities that will vastly improve and extend the application of wireless communications technologies. 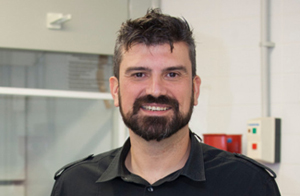 She commented, “Standard optical fibers have a limited capacity. So it is important that we research new technologies and solutions to the challenges that will be faced by optical communications systems. Ultimately we are talking about completely new designs that have never been studied, much less implemented, before. As with all ERC projects, the risk factor is high, but the potential gains are much higher.”

Ivan Mora Seró was been awarded the first ever Consolidator Grant for a UJI researcher, for his project No-LIMIT. He will be developing a new kind of solar cell based on the interaction of halide perovskites and colloidal quantum dots. Current solar cells can only harness light emitted over a relatively narrow band of wavelengths, leaving much of the spectrum unexploited.

The No-LIMIT project proposes that by reversing an interaction observed between halide perovskites and colloidal quantum dots it will be possble to develop solar cells that can transform more of the Sun’s light into electrical energy. 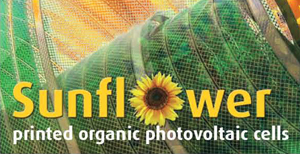 In related further announcement, this week, the University Institute for Advanced Materials Research at the Universitat Jaume I (UJI) reports its participation in the European Project Sunflower, whose objective has been the development of less toxic organic photovoltaic materials that are viable for industrial production.

A consortium of 17 research and business institutions has carried out this European project in the field of nanotechnology over the past four years and with an overall budget of €14.2 million, with funding of €10.1 million from the Seventh Framework Programme of the European Commission.