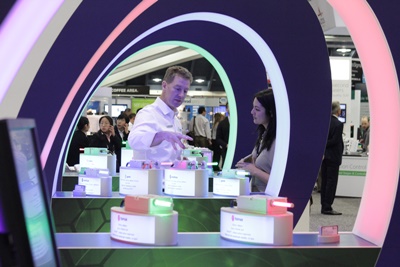 Novanta, the US-headquartered company formerly known as GSI Group, has increased its equity stake in UK-based Laser Quantum to 76 per cent – effectively making the latter a subsidiary of the diversified technology firm.

Laser Quantum specializes in solid-state and femtosecond lasers, and has a strong presence in medical and life science applications, which has become Novanta’s key area of focus following its recent re-organization and re-branding exercise.

“Particularly, it gives Novanta a significant presence in the growing DNA sequencing market, a technical subsystem capability in software-controlled integration, while also providing the company with key enabling photonics-based technologies for instrumentation and life sciences applications such as biomedical imaging, cell sorting, and ophthalmology."

According to a recent investor presentation, Glastra is aiming to double the size of Novanta by 2020, through a combination of organic sales growth and “disciplined” acquisition activity.

Under its previous guise of GSI, the company had owned a number of well-known laser brands, for example JK Lasers and Continuum, that it has since sold off as its strategic focus shifted away from materials processing and scientific markets and towards medicine.

However, Novanta still owns the carbon dioxide laser maker Synrad and the galvanometer and precision motion firm Cambridge Technology, while in May 2015 it acquired ultrafast laser specialist Lincoln Laser for $11 million, giving it access to the growing market for optical coherence tomography (OCT) imaging equipment.

"Laser Quantum is a high-quality business, with strong intellectual property and a long-tenured team that we trust and know well,” Glastra added. “Laser Quantum and Novanta have collaborated closely for over ten years, and this step is a natural evolution in our partnership [and] we see strong potential in selling the combined product offerings of both companies to each company's customer base."

Super-resolution sources
As well as strength in the fast-growing DNA sequencing space, Novanta says that Laser Quantum enjoys a leading position in the market for super-resolution microscopy – the Nobel-winning technology that uses sophisticated optics to beat the convention diffraction limit and deliver unprecedented views of cells and other microscopic phenomena.

The near-doubling of its equity stake in Laser Quantum (it previously owned 41 per cent of the firm) means that the Manchester company and its 150-strong workforce will now be treated as a consolidated subsidiary of Novanta.

The two parties have also entered into a “call and put” option for the purchase of the outstanding 24 per cent of Laser Quantum shares by 2020, subject to certain conditions.

In terms of sales, Laser Quantum is expected to add $25 million to Novanta’s full-year 2017 revenues, with potential to exploit the US firm’s more established OEM relationships.

Novanta cites a JP Morgan study from May 2016 predicting that the annual market for DNA sequencing equipment will jump from the current level of $28 billion to $102 billion by the end of the decade, as applications in cancer monitoring and personalized therapies begin to proliferate.

• Laser Quantum, plus Novanta’s Cambridge Technology and Synrad subsidiaries are all taking part in the annual SPIE Photonics West trade exhibition that begins at the end of this month in San Francisco.