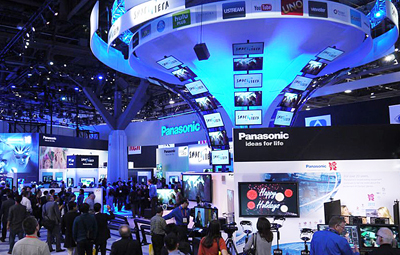 Panasonic, the Osaka, Japan-headquartered developer of diverse electronics technologies, has signed a contract to buy all shares of TeraDiode, Mass, US, a global laser supplier of high-brightness, direct diode lasers, designed for industrial applications. Financial details of the deal were not revealed.

In the statement announcing the buyout, Panasonic noted, “Recently, high-precision and high-quality laser processing technology has become increasingly important to meet the demand for light-weight and rigidity characteristics along with design flexibility and high productivity in the automobile and other industries.

It added, "TeraDiode’s high-brightness DDLs with their proprietary wavelength beam combining technology has attracted attention as a next-generation source that is meeting the demands of a wide range of industrial markets.”

The two companies began a strategic alliance in 2013 to meet such growing market needs and together successfully launched "LAPRISS" in 2014, the world's first laser welding robot system featuring TeraDiode’s DDL technology. That same year, Panasonic obtained exclusive sales rights for DDL used for welding in major countries in the Asian region, and both companies have since been closely collaborating in product development, manufacturing, sales, and service to expand the use of DDL technology worldwide.

The two parties have agreed to make TeraDiode a 100% subsidiary so that Panasonic will be able to drive the further growth of both companies' laser processing business by integrating Teradiode’s DDL technology and know-how with its own systems.

Panasonic commented, “Our combined resources will further develop direct diode laser technology jointly and strengthen the laser processing business as a new core business of Panasonic in the factory solutions field, thereby accelerating the growth of our B2B business.”