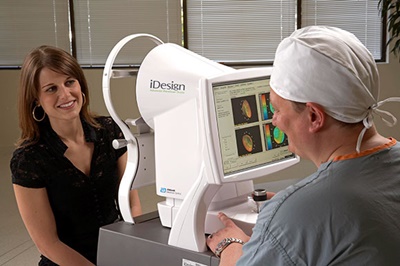 The deal, expected to close in early 2017, will see a suite of optics- and laser-based ophthalmic technologies transfer ownership, including femtosecond surgical laser systems for both cataract treatment and sight correction.

$1.1BN sales in 2015
Together AMO's three key product lines generated sales of $1.1 billion in 2015, with revenues rising by 6.2 per cent year-on-year in the second quarter of 2016 thanks to strong cataract-related demand.

In July, Abbott received US Food & Drug Administration (FDA) approval for its new “TECNIS Symfony” intraocular lenses, said to be the first and only lenses available in the US that are able to provide a full range of continuous high-quality vision following cataract surgery.

AMO’s cataract treatment offering includes the “Catalys” femtosecond laser system for removing defective lenses. Guided by optical coherence tomography (OCT), it was originally developed by the venture-backed Californian start-up company OptiMedica. AMO acquired OptiMedica back in 2013, in a deal worth believed to be worth around $400 million.

Among AMO’s many refractive surgery systems are wavefront-scanning technology for custom vision correction, and “Intralase” femtosecond lasers for the common LASIK procedure, used in place of a mechanical keratome to create the corneal flap beneath which the surgery is performed.

J&J sees the market for cataract treatments in particular growing with the ageing global population, citing World Health Organization statistics that already estimate the total number of cataract-affected eyes to be “at least” 100 million.

Its group chairman Ashley McEvoy said: "Eye health is one of the largest, fastest growing and most underserved segments in health care today.

"Importantly, with this acquisition we will enter cataract surgery – one of the most commonly performed surgeries and the number one cause of preventable blindness."

One of Abbott’s key moves in the cardiovascular space is the plan to acquire St Jude Medical, a massive $25 billion deal announced by the two companies back in April.

"Our vision care business will be well-positioned for continued success and advancement with Johnson & Johnson, and I'd like to thank our employees for building a successful business," White added.

The AMO sale to J&J is expected to close in the first quarter of 2017, assuming that various regulatory and anti-trust approvals are forthcoming.

The business unit started out more than three decades ago as the ophthalmic research division of the Heyer-Schulte Medical Optics Center (HSMOC), part of American Hospital Supply Corporation. Later changing its name to Advanced Medical Optics, it pioneered the development of intraocular lenses and was sold to contact lens firm Allergan, where its name switched to Allergan Medical Optics.

Then in 2002, AMO was spun-off from Allergan, before acquiring refractive surgery specialist VISX in 2005, and both IntraLase and Wavefront Sciences a couple of years later. Abbott then bought the business unit in 2009, renaming it Abbott Medical Optics but retaining the long-held and well-known AMO moniker.