From Ford Burkhart in San Diego 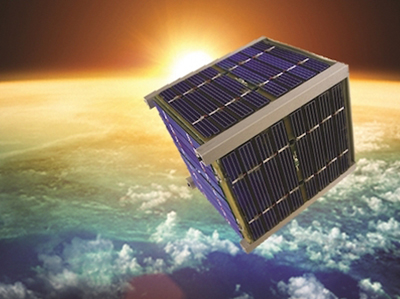 CubeSats became an officially “very important industry” on Wednesday morning. The curtain went up on the new SPIE conference before an enthusiastic 8 a.m. crowd at the San Diego Convention Center.

The new conference title is CubeSats and NanoSats for Remote Sensing. There, the phrase of the day was “disruptive innovation”. It may have been used a dozen times in the first five minutes, with the caution that CubeSats won’t replace science done with larger satellites but they will open new doors, especially on the lower end of the aerospace industry, as the cell phone and the PC and the smart phone have done.

CubeSats were formally introduced in 2000, when experts at Stanford and Cal Poly wrote standards for their design. The SPIE crowd heard of the progress from a few university projects – known as “beepsats” – to significant secondary rocket payloads, to plans for dedicated launches of rockets with dozens of customers in fields like ocean science, weather and agriculture. They can help with prediction of hurricanes, earthquakes, droughts, tsunamis and floods, and even planetary exploration.

Inside those little boxes, industry and scientists have learned to cram things like systems for telecommunication and attitude control, navigation, and power systems, along with the scientific payload. In some cases, the original package will contain solar panels and antennas that may deploy like wings. 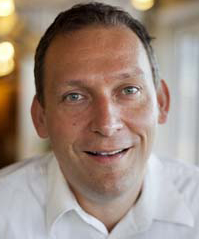 Making CubeSat technology is a fast-growing industry in the United States and Europe. Examples are Clyde Space, in Glasgow, Scotland; Blue Canyon Technologies in Boulder, Colorado; and Tyvak Nano-Satellite Systems, in Irvine, California.

CubeSats can work in constellations or “swarms” of eight or 12 or more to perform remote sensing. They offer technology that is standardized, cheap and versatile, using a model called “fly-learn-refly,” instead of “testing the heck out of something first,” said Thomas Zurbuchen of the University of Michigan.

He traced progress in doing science using what he called the “new space” model for government, university research and industry. “We’ve shown they can do high priority science,” he said, “and they already have.” CubeSats’ disruptive role means they will “relentlessly move up” in industry and science, he said.

He showed how since the year 2000 the CubeSat launch rate reached a high in 2014, with the commercial role sharply stepping up in 2013.

International participation is growing fast, with the US at 80 percent of launches, and Japan, Denmark, Germany, Italy, South Korea and the UK following.

The newer CubeSats feature new attitude control systems and improved systems to link data back down to Earth. Longevity is a factor still awaiting basic research. 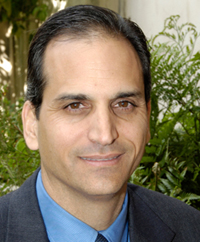 Speakers said the early high failure rate of CubeSats is rapidly being corrected. In science, the recent success rate is 91 percent for groups with previous launches; for educational missions, the success rate in its first seven years was 33 percent, and that has grown to 76 percent. “Experience helps,” Zurbuchen said.

Other speakers were from NASA’s InVEST, part of the Earth Science Technology Office, or ESTO; the MIT Lincoln Lab, Colorado State University, and JPL.

Thomas Pagano, of JPL, the conference chair, said, “CubeSats offer significantly lower-cost solutions to big questions like weather forecasting, and ocean and land measurements, and agriculture. These were typically done with large flagship missions. CubeSats will save the government a lot of money, when the government is encouraging us to look at alternative solutions to save cost.”

His co-chair, Charles Norton, of JPL and Caltech, said CubeSats, “can provide benefits like higher spatial and temporal coverage for Earth remote sensing. In the old paradigm, it would have cost many hundreds of millions to fly these missions. Now, the potential exists to support such measurements at a fraction of the cost.”

Ford Burkhart is a contributing editor to optics.org.