Trumpf: no impact (yet) from Brexit vote

Industrial laser giant with a significant footprint in the UK reports headwinds from China in its preliminary annual sales figures. 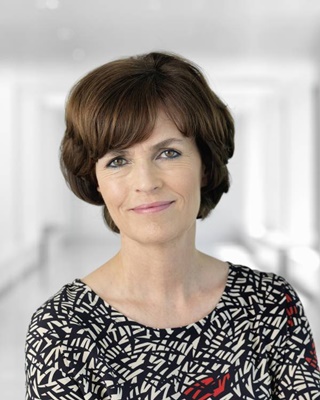 Trumpf, the Germany-headquartered industrial laser and machine tool company, says that the UK’s recent vote to leave the European Union has so far had no detrimental impact on its business.

Reporting a 3 per cent rise in total sales to €2.8 billion for its fiscal year ending June 2016, the Ditzingen firm’s president and chairwoman Nicola Leibinger-Kammüller said:

“We have been paying special attention to the market ever since the referendum. But demand for our products has so far remained unbroken.”

As well as the 90 staff employed at its UK-based sales operation, Trumpf’s fiber laser subsidiary SPI Lasers is based in Southampton, on the UK’s south coast. It employs a further 300 people and has annual sales in the region of €70 million.

But Trumpf says that so far there is no sign that the Brexit vote has “seriously endangered business prospects” over the long term.

At the same €2.8 billion figure as annual sales, Trumpf’s overall order intake for the year is almost identical to the prior year’s figure, and although the rate of sales growth has slowed, Leibinger-Kammüller declared the result to be “satisfactory in view of the global situation”.

Headwinds in China; Europe bounces back
More significant than the Brexit vote appear to be a slowdown in demand from the critical Chinese market, as well as in recession-hit Brazil. Other headwinds include Russian sanctions implemented in response to the annexation of Crimea, and the relative strength of the Swiss franc currency.

On the plus side parts of Europe appear to be bouncing back from their recent slumps, with sales in both France and Spain up by more than 10 per cent. “Sales in Germany grew by around 5 percent, to almost €600 million,” Trumpf added.

And despite the 2 per cent decline in Chinese sales to around €360 million, turnover in the Asia-Pacific region grew overall thanks in part to a rebound in Japan.

Leibinger-Kammüller pointed out that, despite the many uncertainties surrounding the current global economic outlook, Trumpf had continued to invest in business expansion over the past 12 months, in typically resolute fashion.

Laser investments
Highlights in the latest fiscal year have included a €30 million, 12,000 square meter production and development center for solid-state lasers in Schramberg, and a new laser diode facility in Berlin, in collaboration with the nearby Ferdinand-Braun Institut (FBH).

And dwarfing both of those investments is a €70 million investment at the Ditzingen headquarters to support the roll-out of extreme ultraviolet (EUV) lithography systems by key semiconductor equipment firm ASML.

Each of those €100 million-plus systems relies on an ultra-high-power carbon dioxide laser that generates 13.5 nm EUV light when fired at a stream of tin droplets in the highly complex source chamber.

ASML believes that the switch from excimer laser lithography to EUV stepper systems over the coming years is critical for the semiconductor industry to regain silicon chip performance improvements defined historically by the march of Moore’s law.