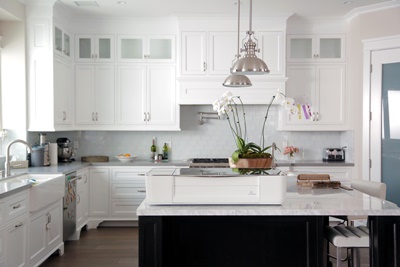 Glowforge, the Seattle start-up offering a laser cutting system direct to home consumers that raised $28 million in a month-long crowd-funding effort last year, has landed a further $22 million in a series B round of venture finance.

On top of a $9 million series A round completed in May 2015, it means the firm has now raised a total $59 million in a little over a year to support its roll-out of quasi-industrial carbon dioxide laser cutters.

Laser-loving investors
Operating at an average laser power of either 40 Watts or 45 Watts, depending on which model is ordered, the Glowforge systems have previously been marketed as 3D laser printers.

However, they are in fact subtractive systems that are able cut designs into materials like leather, wood and paper much more quickly than the layer-by-layer build-up of plastic material inherent to additive 3D printing.

Series A investors Foundry Group and True Ventures returned for the latest round of financing, with Foundry Group managing director Brad Feld saying:

“We could see from [Glowforge’s] crowdfunding campaign and from the machine in our office that this was something magical and different. Our firm has always focused on hardware that changes the way that people interact with technology. Also, I have to admit: we really love lasers.”

Shipment schedule slips
Despite the crowd-funding success of last year and a workforce that has grown from 14 to 33 full-time employees since then, it appears that Glowforge is well behind schedule with its system shipment plans.

Systems destined for customers who ordered the laser cutters during the initial crowd-fund are now set to ship in December 2016 – Glowforge had originally intended to fulfill those orders by the middle of this year. Any new orders are currently scheduled to ship from March 2017.

CEO and founder Dan Shapiro said in the company’s latest release: “With this financing, we can deliver not just an amazing product to the people who’ve ordered it already, but we can scale up our American assembly line to make this available to schools, homes, and businesses around the world.”

Based around a customized CO2 laser tube, with quoted beam characteristics including <5 mm diameter at aperture and a divergence of less than 1.2 mrad, the system includes sealed optics with cleanable and replaceable windows.

Autofocus measures material thicknesses
The laser cutters also feature a 3D autofocus system that is said to automatically accommodate materials of different thicknesses. “The dual on-board cameras let the user drag and drop their design, then preview their print for perfect results,” Glowforge says. “The wi-fi connectivity means that - with the optional air filter - all you need is an outlet to locate the Glowforge printer anywhere in a home or business.”

The company is also introducing a new UV barcode system that automatically identifies material types, so that the laser settings can be adjusted accordingly.

When contacted by optics.org last year, CEO Shapiro dismissed any safety concerns about the use of a quasi-industrial laser cutter in the home or office, pointing out that the “basic” 40 Watt average power model represented the first CNC laser cutter/engraver system to be rated as a “Class 1” enclosure similar to Blu-ray or DVD recorders.