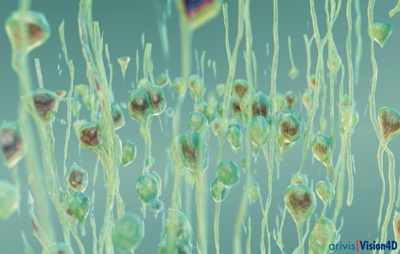 Carl Zeiss Meditec has posted another increase in quarterly sales, thanks largely to strong demand for its optics-based medical equipment in the Asia-Pacific region.

At €257.8 million, total revenues for the quarter that ended in June were up marginally from €250.8 million during the equivalent period last year, with currency effects responsible for part of that increase.

It means that in the first nine months of its current fiscal year, the company has delivered a 6.7 per cent increase in sales to €798.6 million, and is on track to hit its target of around €1.1 billion for the full year.

Profit margins are also up on last year, with the improved picture largely emanating from higher sales by the firm’s “ophthalmic systems” and “surgical ophthalmology” business units.

Asia up 17%; reorganization in progress
CEO Ludwin Monz attributed the solid results to recent innovations that seem to have had a particularly positive impact in Asia. Even after adjustments for currency effects, Zeiss Meditec’s sales in the Asia-Pacific region are up 17 per cent in the first three quarters of the 2015-2016 financial year.

In contrast, sales in both the North American and Europe, Middle East and Africa regions are flat with last year’s figures.

Despite the strong performance, Zeiss Meditec is about to embark on a reorganization of the business. Last month the company said it had recruited former Allergan and Abbott Medical Optics (AMO) executive James Mazzo to head up a new ophthalmology division that will combine diagnostic and surgical product lines under a single organizational structure.

Monz and Michael Kaschke, CEO of the giant Zeiss Group parent company that owns 65 per cent of the Meditec business, said of that appointment: “The re-organization and new leadership of the ophthalmology business will allow Carl Zeiss Meditec to extend the offering for ophthalmology and optometric customers globally. We see particular opportunities in extending the business in North America and parts of Asia.”

Mazzo has been involved in the medical optics business for more than 35 years and led the spin-off and public listing of AMO as its CEO. After Abbott bought AMO in 2009 he led the parent firm’s ophthalmology business before leaving to work in senior executive roles at corneal inlay specialist AcuFocus and ophthalmic pharmaceuticals firm Neurotech. 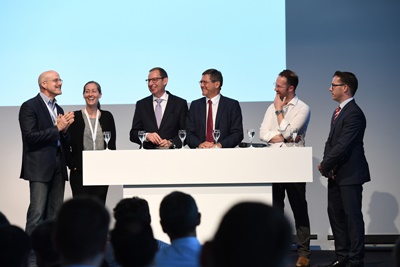 Optics and the digital world
Zeiss, which is about to celebrate the 200th anniversary of the birth of its founder and optics legend Carl, recently hosted a special symposium on “optics in the digital world” at its site in Oberkochen, Germany.

Keynote speakers from Microsoft, the University of California, Berkeley, and Oxford University gave lectures at the event in late June, which discussed trends in optics and photonics and what is needed in terms of research to meet the requirements of future applications in fields like “big data”, robot vision, and virtual reality.

Those discussions have now been converted into a series of three white papers, noting key areas such as the various technological conflicts that still exist in producing virtual reality hardware combining a wide field of view with the kind of sleek and lightweight design needed to wear the equipment for an extended period.

In the field of computational imaging, the experts concluded that there was still a significant gap between industrial needs and the current state-of-the-art in research, partly because of the huge and growing data processing requirements to make the techniques more effective.

“Medium-term developments should include moving processing power closer to the sensor, for example using 3D chip designs where upper layers form sensor elements, whereas lower layers would be performing early pre-processing stages of the data,” they reported.