$18M acquisition of infrared optics firm with operations in Latvia relies on loan note to the vendors and cash raised through stock offering. 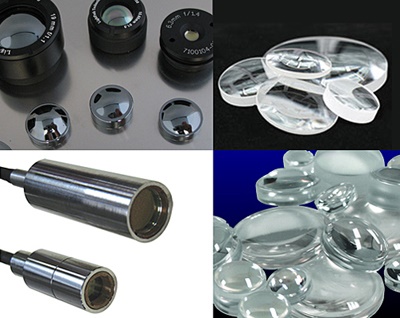 LightPath Technologies, the Orlando-based optical component maker, is set to acquire ISP Optics in a deal valued at $18 million.

Headquartered in Irvington, New York, ISP Optics makes a range of custom and precision optical components, and has recently doubled its diamond turning capacity for producing lenses and mirrors. It also has a major manufacturing site in Latvia, and grows sodium chloride and potassium bromide crystals in-house.

The firm is perhaps best known for its high-performance infrared lenses and lens assemblies, fabricated from a wide variety of crystal materials and used in sensors, military electro-optics and infrared imaging cameras.

Terms and conditions
Given that in its most recent financial year LightPath posted a net loss of $0.7 million on sales of $13.7 million, the acquisition is a very substantial one for the Florida-based company.

Describing the deal as “transformative” for LightPath, CEO Jim Gaynor said that the combination of ISP Optics’ manufacturing presence in Europe and LightPath’s strength in the Asian market and Shanghai manufacturing base would present “substantial synergies” and cross-selling potential, with minimal product overlap.

Although Gaynor has been able to cut LightPath’s losses in recent quarters, with only $2.9 million in cash and equivalents on its balance sheet as of the end of March 2016 the company is planning to use a combination of debt and an offering of common stock to finance the acquisition.

The terms of the proposed deal include a minimum $12 million cash payment and a five-year loan note of at least $3 million issued to ISP Optics’ stockholders, namely the company’s co-founders Joseph Menaker and Mark Lifshotz.

The duo, said to be school friends, set up ISP Optics back in 1993 and have since seen the firm’s products used by NASA and in the 3.5 meter WIYN infrared telescope in Arizona. In its most recent financial year the company posted net income of $1.5 million on sales of $12.1 million.

He added: “Through the combined complementary capabilities and assets of these two companies we will create one full-service company able to offer our customers a single source for all their infrared needs.”

LightPath’s stockholders will need to approve the financing plan before the deal can go ahead, but the company expects to close both the stock issue and the acquisition before the end of the calendar year.

LightPath’s “8-K” filing with the US Securities & Exchange Commission (SEC) outlining the agreement reveals that a punitive interest rate of 10 per cent on the five-year loan note could come into effect, should the principal amount go unpaid at the due date.

It also states that Menaker and Lifshotz will remain with the company after the deal is closed, although their precise terms and conditions of employment are yet to be decided.