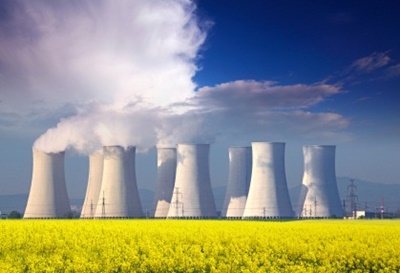 The US Department of Energy (DOE) is funding a number of photonics-related projects designed to help commercialize promising new technologies for the energy industry – with laser additive manufacturing, Raman analysis and laser-induced breakdown spectroscopy (LIBS) all winning backing.

Last month the DOE announced that it was supporting 54 energy projects across numerous major US research facilities with a total $16 million through its “technology commercialization fund”.

The nuclear power specialist Westinghouse Electric said that one of the funded projects in which it is involved will look to develop a laser 3D printing technique to make metal components.

The Pittsburgh-headquartered firm said: “With the DOE award, Westinghouse will develop a laser-based 3D printing technique to create metal parts that are certified for use in nuclear structural applications.

“The 3D printing of nuclear components will allow the most complicated parts to be manufactured in a way that improves the quality by eliminating tooling.”

According to the DOE project list, a Westinghouse/Idaho National Laboratory team is receiving $150,000 to evaluate additive manufacturing as an alternative fabrication technique for producing uranium silicide fuel.

One of those is a collaboration with Fremont-headquartered Applied Spectra, to develop a LIBS sensor for monitoring sub-surface water quality and composition. The project is receiving nearly $250,000 from the DOE.

Founded by Richard Russo in 2004, Applied Spectra specializes in LIBS and laser ablation techniques for chemical analysis. According to the company, its Nd:YAG-based “J200” LIBS tool is capable of single-digit parts-per-million detection for many chemical elements, including light elements that can be difficult to monitor with alternative techniques.

NETL is also set to work with Arkansas-based Oxergy on a $106,000 project to improve a Raman gas analyzer originally designed for monitoring large natural gas turbines in power plants.

With new optical fibers and a smaller Raman system, the idea is to lower the cost of the technology so that it can be used in renewable energy power plants burning biomass, and perhaps be transferred to other applications in the chemical and pharmaceutical sectors.