ON Semi boosts near-infrared sensitivity of its CCDs 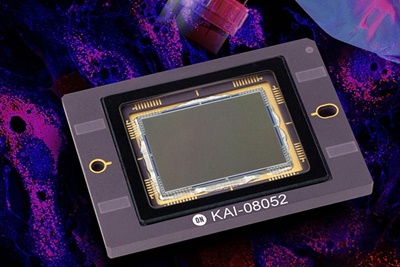 Chip manufacturer ON Semiconductor says that its latest CCD image sensor has double the usual quantum efficiency in the near-infrared region, boosting its sensitivity for target applications in medicine and industry.

The Phoenix, Arizona, firm, spun off from Motorola in 1999, says the 8 megapixel device features a design that extends the electron capture region deeper into the silicon structure. That improves the capture of electrons generated by longer-wavelength photons – effectively doubling the typical CCD sensitivity at 820 nm.

ON Semiconductor also stresses that good isolation between the photodiodes means that there is no trade-off in terms of image sharpness alongside the doubled sensitivity.

Herb Erhardt, who manages the company’s image sensor group, said that camera makers and other end users wanted access to both CCD and CMOS technologies for industrial applications like machine vision, as well as for scientific and medical imaging.

One typical application could be number-plate recognition, where near-infrared illumination is often used. In scientific and medical imaging, the sensors could be particularly useful for detecting near-infrared fluorescence.

According to ON Semiconductor, the new KAI-08052 image sensor is available in an 8 megapixel, 4/3-inch optical format that provides a higher quantum efficiency than members of its standard 5.5µm family.

“The sensor shares the same broad dynamic range, excellent imaging performance, and flexible readout architecture as other members of the 5.5 µm pixel family,” announced the firm. “But quantum efficiency at 820 nm has been approximately doubled compared to existing devices, enabling enhanced sensitivity without a corresponding decrease in modulation transfer function (MTF).” 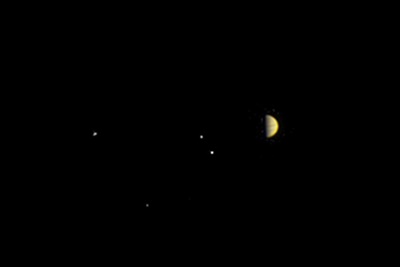 Jupiter: ready for a close-up
Meanwhile a predecessor of ON Semiconductor’s latest CCD has just arrived in the orbit of Jupiter on board NASA’s Juno spacecraft, ready to capture images showing details of the Jovian atmosphere with unprecedented resolution.

After a five-year, 2.8 billion kilometer journey towards the gas giant, the JunoCam instrument will soon be sending back color images of Jupiter’s cloud tops captured by one of the Phoenix firm’s “KAI-2020” CCDs.

ON Semiconductor points out that the imaging challenges for Juno are complicated by its highly elliptical orbit. That will vary the craft’s distance to the Jupiter cloud tops from a maximum 2.7 million kilometers to just 5,000 kilometers, with the planet only filling the JunoCam’s field of view at its closest approach.

“In addition, the orbiter (and the camera) will be rotating at about two revolutions per minute, so that the sensor will be operated using time delay integration to keep images from being blurred,” points out the CCD maker.

Even so, the new views of Jupiter are expected to be extraordinary. JunoCam is set to capture light in four wavelength bands – three in the visible region and another in the near-infrared to observe the absorption of methane gas at 889 nm.

At its closest approach, the sensor will deliver a resolution of 3 kilometers – an order of magnitude improvement on the familiar images captured by the earlier Voyager, Galileo and Cassini probes.

The raw data captured by JunoCam during the craft’s planned 32 orbits of Jupiter is also being made available for free download, allowing anybody to process and share the images. The first scientific data and imagery is expected in early September, shortly after Juno makes its next close approach to the planet on August 27.