FDA approves implant that modifies cornea to correct near vision

Agency also says that the need for near vision correction "will likely rise in the coming years". 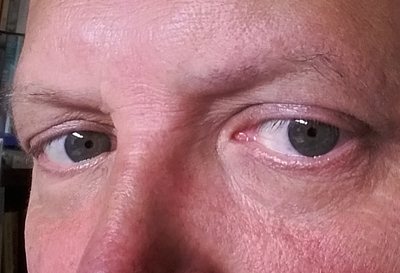 Presbyopia is the loss of the ability to change the focusing power of the eye.

The U.S. Food and Drug Administration (FDA) has approved the Raindrop Near Vision Inlay, a device implanted in the cornea of one eye to improve near vision in certain patients with presbyopia. It is the second FDA-approved implantable corneal device for correction of near vision in patients who have not had cataract surgery and the first implantable device that changes the shape of the cornea to achieve improved vision.

Some people may develop symptoms of presbyopia sooner than others, but nearly everyone will eventually develop symptoms and may require some method of near vision correction. Bifocals and reading glasses are a common correction method. Corneal inlay surgery is an elective option for those who may not want to wear glasses.

"Given the prevalence of presbyopia and the aging of the baby boomer population, the need for near vision correction will likely rise in the coming years," said William Maisel, M.D., deputy director for science and chief scientist in the FDA's Center for Devices and Radiological Health. "The Raindrop Near Vision Inlay – developed and manufactured by Revision Optics of Lake Forest, Ca, USA – provides a new option for surgical, outpatient treatment of presbyopia."

The Raindrop Near Vision Inlay is a clear device made of a hydrogel material, which resembles a tiny contact lens smaller than the eye of a needle. It is indicated for use in patients aged between 41 to 65 years old who, in addition to not having had cataract surgery, cannot focus clearly on near objects or small print and need reading glasses with +1.50 to +2.50 diopters of power – but who do not require glasses or contacts for clear distance vision. 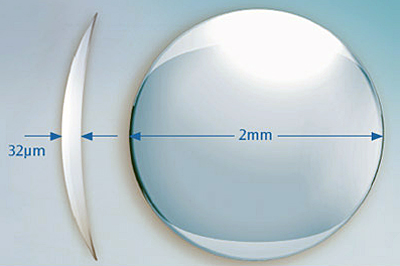 The Raindrop Near Vision Inlay is a hydrogel inlay designed to correct presbyopia.

To insert the device, an eye surgeon uses a laser to create a flap in the cornea of the patient's non-dominant eye, implants the device into the opening, and puts the flap back in place. The inlay provides a steeper surface that can help the eye focus on near objects or print.

The natural lens of the eye typically performs this function by changing shape, but in patients with presbyopia the lens becomes hardened and ineffective at focusing on close-up objects, which causes poor near vision. By reshaping the curvature of the cornea, the inlay corrects the refractive error that results in near vision problems.

The safety and effectiveness of the Raindrop Near Vision Inlay were studied in a clinical trial of 373 subjects implanted with the device. Two years after implantation, 92 percent of patients included in the analysis (336 out of 364) were able to see with 20/40 vision or better at near distances with the inlay-implanted eye.

However the developers warn that the Raindrop implant may “cause or worsen problems with glare, halos, foreign body sensation and pain”. There is a risk of developing infection, inflammation, a new dry eye condition or exacerbation of an existing dry eye condition, retinal detachment, or a decrease in distance vision. Moreover the device may cause complications of the cornea, such as corneal scarring, swelling, inflammation, thinning, clouding or melting.