Intel gets into machine vision software 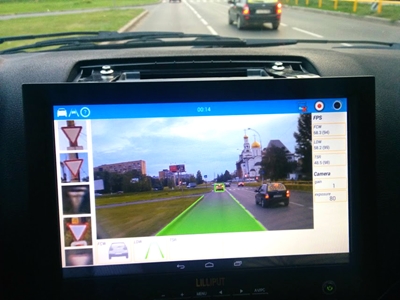 Logic chip maker Intel has acquired Itseez, a machine vision software firm started up by Russian entrepreneurs, as part of its long-term strategy to support the emerging Internet of Things and the development of autonomous vehicles.

Itseez already sells algorithms for advanced driver assistance systems used in the automotive industry, for functions such as traffic sign recognition, lane departure warning, and spotting pedestrians – with the likes of Toyota among its customers.

Connected future
Although Intel revealed nothing about the terms of the deal, in a blog post its senior VP with responsibility for Internet of Things, Doug Davis, highlighted the challenges facing the development of autonomous vehicles:

“While the possibilities are exciting, the reality requires solving a myriad of technology challenges,” he wrote. “Solutions will need to seamlessly deliver a combination of compute, connectivity, security, machine learning, human machine interfaces and functional safety.

“Another key requirement for self-driving cars is the ability to see and accurately interpret surroundings. One of the technologies necessary to support this capability is computer vision.”

Davis sees autonomous vehicles as just one of the technologies grouped under the IoT umbrella, of which machine vision technology is quickly becoming a critical part.

While the first stage of IoT development is already under way and involves relatively simple concepts like “smart” toothbrushes featuring pressure sensors and Bluetooth connectivity, Davis says that the future heralds “constant connectivity” that will demand the intelligence to make real-time decisions based on an object’s surroundings.

“This is the ‘autonomous era’, and machine learning and computer vision will become critical for all kinds of machines – cars among them,” he wrote.

Among the products under development at Itseez are algorithms for face-recognition software, as well as a mobile application said to be capable of turning handset devices into powerful 3D scanners. Called Itseez3D, it works with Intel’s “RealSense” 3D camera technology that mimics human vision.