Michael Mertin to step down from Photonics21 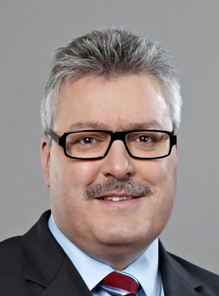 Jenoptik CEO Michael Mertin has announced that he will be stepping down as president of Photonics 21, the European industry organisation, in November 2016. By then he will have served two two-year terms in the role, while also holding the substantial reins at Jenoptik.

Mertin was re-elected president with a unanimous vote at the Photonics21 Members’ Meeting in November 2014, after his first term, which the association then described as “a decisive new phase for the photonics sector”.

In a letter last Friday to members of the Photonics21 Board of Stakeholders, following the international group’s Annual General Meeting in Brussels in March, he said, “Now, after two terms, I have decided not to run for re-election in November 2016 in order to uphold the democratic spirit and make room for a successor with fresh ideas to embrace the future”.

He gave an assessment of what he believes Photonics 21 has achieved and what issues remain for the organization to tackle: “We have worked together very successfully during the past four years: we established a functioning and growing bottom-up PPP [public private partnership] structure, defined extensive work programs, developed a strategic Horizon 2020 program in collaboration with the EU, and we have managed to raise the awareness of photonics as a key enabling technology for European industry.”

Considering how he would like to see Photonics 21, its functions and objectives evolve, Mertin stated, “Moving forward, however, we need to embrace a future in which photonics must be well-positioned to boost the European economy and play a key role in facilitating the megatrend digitization. Another aspect, which requires the continuation of our close relationships with representatives from the European Commission, is to reduce the regulatory overreach that harms the whole European industry and to recalibrate the allocation of financial resources to projects that really aim at increasing Europe’s competitive advantage and economic strength.”

He said that the steps he had laid out would be crucial for the future of Photoncis21 and will require a detailed approach, of which he commented, “I believe, this requires at least another four years to be developed and realized in a sufficient way.”

Mertin concluded by thanking all of his Photonics 21 colleagues for their loyalty and support throughout his presidency and congratulated “all of us on what we have achieved together”. But he added that he will not be completely leaving the game: “I will remain a member of the Board of Stakeholders – which means there will be plenty of time for constructive discussions. I am already in touch with both the Executive Board and the Photonics21 secretariat in order to trigger the process to identify and elect a successor.”

One of the notable announcements at this year’s Photonics21 AGM was the resignation of another high-profile figure in photonics, that of Wolfgang Boch, who led the photonics unit at the European Commission (EC) for the past two years. His replacement is still to be announced.