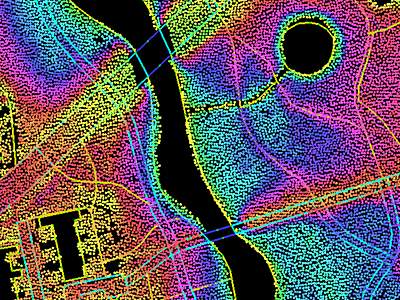 Laser-scanned 2D image of sector of the city of Zwolle, Netherlands.

Dr. Sander Oude Elberink has been awarded this year’s Giuseppe Inghilleri Award, recognition by the International Society for Photogrammetry and Remote Sensing (ISPRS). He won the award for his recent research, developing algorithms to produce a 3D landscape model based on a 2D map enhanced with laser altimetry data to produce an effective 3D view.

Elberink is this year being recognized for the application of his research to create a nationwide 3D landscape model for the whole of the Netherlands.The award will be presented to Elberink, who is an assistant professor at the University of Twente’s ITC’s department of Earth Observation Science, at the quadrennial congress of the ISPRS which will be held in Prague, Czech republic, in July.

Kadaster, the Dutch Land Registry and Mapping Agency, has used Elberink's method to create the national 3D model. In 2012, a pilot project was conducted around the city of Zwolle, leading to a fully-working national model being developed together with public and private project partners in 2013 and 2014. With extensive use of open source software and open data, the opportunities for comprehensive (international) rollout are numerous. 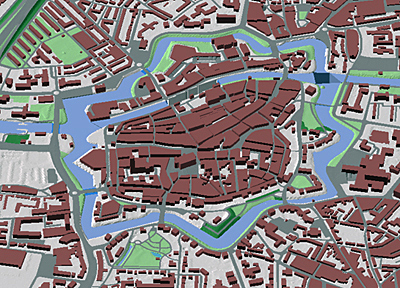 “In recent years, we have been looking for ways to make a 3D landscape model relevant for different purposes”, said Elberink “It is great that the Kadaster decided to partner in such an initiative without knowing all of the possible uses. We now see that our 3D landscape model has added value – for example, in environmental modeling, water flow analysis, sound modeling and visibility analysis.”

The Giuseppe Inghilleri Award is presented every four years to a person who has significantly “enhanced the applications of photogrammetry, remote sensing or spatial information sciences”. It is named after Giuseppe Inghilleri (1924-1982), who was a Professor of Geodesy and Photogrammetry and Head of the Institute of Geodesy at the Politecnico di Torino from 1962 until 1977.

Elberink graduated as geodetic engineer from Delft University of Technology in 2000, and finished his PhD on the Acquisition of 3D Topography in March 2010. After his master’s research on the classification of airborne laser scanner data, he joined the Section of Photogrammetry and Remote Sensing in Delft as researcher on 3D reconstruction from line scanner imagery. From 2001 through 2005 Elberink worked as research consultant and project manager at the Survey department of Rijkswaterstaat, Ministry of Infrastructure and Environment. 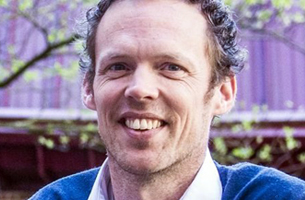 In 2005 he commenced his PhD research on the acquisition of 3D topography at the Faculty of Geo-Information Science and Earth observation at the University of Twente. He received a young author's award for best papers at the ISPRS congress in Beijing, China in 2008. In 2009, Elberink received the ITC research award for his work on 3D road reconstruction, and a paper co-authored by George Vosselman, published in the Photogrammetric Record. Since 2009 he has worked as assistant professor at the department of Earth Observation Science at ITC. His research interests focus on 3D modeling and information extraction from point clouds. Since 2012, he has also chaired the ISPRS Working Group III-2 on Point Cloud Processing.
More from Photonics World
SPIE recognizes photonics innovations at 15th Annual Prism Awards
Mastcam-Z sees details of Martian dust dynamics
European consortium guides lightning with high-power laser
Miniaturized analyzer prepares to join search for life on other worlds
SPIE names its 2023 Society award winners
RELATED LINKS
RELATED STORIES