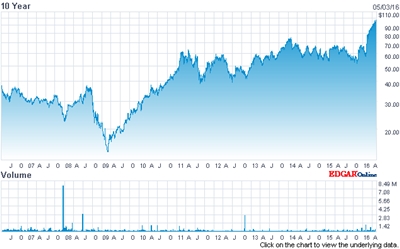 Coherent is continuing to land huge orders for excimer lasers that will be used to produce organic LED (OLED) displays, as the display industry undergoes a major shift from LCD to the newer technology.

“We posted record-setting bookings of $496.4 million in the second quarter.” Although the rise had been expected, the figure still represents more than double the bookings level that Coherent posted a year ago, and is even an 80 per cent jump on the company’s previous best – set just three months ago.

OLED build-out
The sharp increase relates largely - though not entirely - to demand for excimer lasers that are needed for a major build-out of OLED manufacturing capacity in Asia. That accounted for more than $300 million of the bookings in Coherent’s latest quarter, for a combination of its Linebeam 1000, Linebeam 1500 and UVBlade lasers.

“The UV Blade is used for laser lift-off in flexible OLEDs,” Ambroseo explained. “These systems will be delivered to end customers in South Korea, Japan and China.”

The CEO added: “Our biggest challenge is managing changes to customers’ delivery requests, which have occurred as they have updated and refined their execution plans.”

Another $100 million tranche of orders for similar equipment is anticipated before the end of Coherent’s current fiscal year in September, with the equipment being used to support what Ambroseo describes as a “share inversion” between LCD and OLED screens in mobile devices.

Apple and OLED
At the moment around 80 per cent of mobile devices use LCD screens while 20 per cent feature OLEDs, with the latter dominated by smart phones sold by the Korean companies Samsung and LG.

By 2019, Ambroseo expects that 80/20 share to have inverted in favor of OLED technology. While Coherent did not identify any particular companies, there has been plenty of recent speculation that Apple would finally adopt OLEDs for its iPhones – with a Korean news agency report last month suggesting that Samsung’s OLED-producing subsidiary had agreed a 100 million-unit supply deal with Apple starting in 2017.

The current slate of bookings all relates to OLED production for mobile devices, with Ambroseo noting that any broader adoption of the display technology in tablets, PCs, or automotive applications would require “significant upgrades” to manufacturing equipment and likely additional capacity. 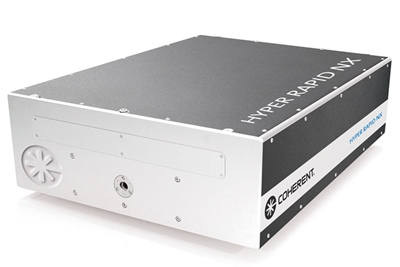 Life science demand pops back
While Coherent’s latest figures were dominated by the OLED-related bookings, the company also reported a dramatic rise in orders for lasers aimed at medical and life science applications.

Record quarterly bookings of $58.9 million for the company’s “instrumentation and OEM components” division were driven by increased adoption of flow cytometry and DNA sequencing systems, while medical orders tripled sequentially thanks to demand for laser vision correction and laser hair removal products.

While Chinese customers contributed to these results, the broader Chinese market remained volatile, said the CEO, adding. “The bounce that typically follows Chinese New Year has not fully materialized.”

Rofin: benefits outweigh cyclical risks
Coherent’s in-house fiber laser platform has now been qualified by an OEM partner for welding and cutting – including for copper processing – but it will be the US company’s impending acquisition of industrial laser specialist Rofin-Sinar that really propels it into serious materials processing volumes.

“We have two substantial opportunities ahead of us in the OLED build-out and the Rofin acquisition,” Ambroseo told investors. Asked whether the Rofin deal represented a risk because of the cyclical nature of the industrial laser sector, the CEO replied:

“If we felt that the risk [outweighed] the benefits, we would not have done the deal in the first place. The materials processing market is the largest market for lasers in the world.

“Yes, it has its ebbs and flows, but I think in the long term it makes a world of sense for us to be more invested in the world's largest laser market as one of the premier laser companies in the industry.”

Even without the additional Rofin revenues, the Coherent team believes that the OLED build-out will propel the company’s organic sales close to $1 billion in its next fiscal year, with the transition starting to have an impact on its revenue figures from the closing (September) quarter of Coherent’s fiscal year 2016 onwards.

Ahead of that ramp, the laser company’s growth is likely to remain fairly muted – growing from just shy of $200 million in the latest quarter to somewhere around $210 million for the three months ending in June.

• That outlook appeared to weigh on investors minds as analysts digested Coherent’s update, with the company’s stock price slipping in value from $98 before the results call to around $90 after a couple of days' trading.

However, the valuation still represents a long-term high for the firm, and a stock price that was only previously reached during the heady days of the telecommunications bubble back in early 2000 (see figure at the top of this article).