'At least' 25% of the lighting division to be sold off, but timing and pricing details are yet to emerge. 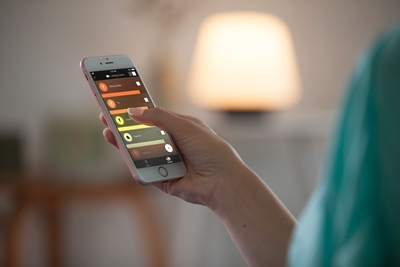 Industrial giant Philips has confirmed plans to sell off a chunk of its lighting division via an initial public offering (IPO) of stock.

Last week the company had indicated that – thanks to ‘improving sentiment’ in equity markets - an IPO had started to look more likely than a private sale of the division, although it added that both options remained on the table.

Exactly when or at what price the shares in the lighting division are sold remains to be seen, although Philips did say that it intended to offer at least 25 per cent of the Philips Lighting shares in the sale on the Euronext exchange in Amsterdam.

“At the moment we cannot be specific about timing,” announced the firm. “The offering and listing, and their timing, are subject to, among other factors, market conditions.”

Philips also said that it had appointed Goldman Sachs International and J.P. Morgan Securities to co-ordinate the IPO process, with several other global banks involved as joint book-runners.

Getting connected
CEO Frans van Houten, who first revealed the plan to separate Philips Lighting back in 2014, said in a company release: “Philips Lighting’s operational performance in the last six quarters has benefited directly from operational excellence programs, strong growth in the connected LED lighting portfolio, and the successful management of the anticipated decline in conventional lighting.”

In last week’s earnings statement, Philips reported that LED-related products now accounted for half of the lighting division’s sales for the first time, and had grown 27 per cent year-on-year in the opening quarter.

Over the same period conventional lighting sales continued to decline rapidly, and were down 20 per cent on last year’s figure.

Eric Rondolat, who heads up the Philips Lighting division specifically, said: “We are leading the attractive and growing lighting industry through the shift from conventional to LED lighting, as well as the expansion from individual products to connected lighting systems and services.”

Examples of that new kind of business model emerging in the lighting sector include Philips’ own installation of a “pay-as-you-go” system at Amsterdam’s Schiphol airport. The deal means that Schiphol pays for the light it uses, while Philips remains the owner of all fixtures and installations.

€80BN market
Announcing the IPO plan, Philips reiterated its belief that the transition to solid-state technology and new business models would drive the global lighting market to a value of around €80 billion by 2020.

Citing a November 2015 report by consultancy firm BCG Perspectives, Philips said it expected the new “digital lighting” markets created by cloud computing and advanced networking to be worth some €7 billion by the end of the decade, growing at an average rate of 14 per cent over the next four years.

The plan to float the lighting division with an IPO follows the similar decision by Siemens to offload its Osram business, which is one of Philips Lighting’s main rivals, back in 2013. However, equity markets have endured a turbulent period since then, while Philips was also rocked by the decision of the Committee on Foreign Investments in the US (CFIUS) to veto its planned sale of the LED manufacturing unit Lumileds to a China-led private equity group.

If and when Philips Lighting does complete the IPO, the company is expected to carry around €1.25 billion in gross debt, along with cash reserves of €300 million. Annual dividend pay-outs of 40-50 per cent of net income are anticipated from 2017 onwards.