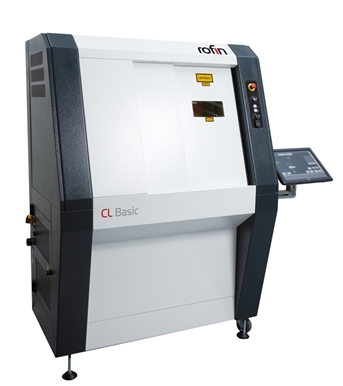 Rofin-Sinar, the US-German industrial laser specialist that is set to become part of Coherent later this year, says that the planned merger had a negative impact on its latest financial results, with customers pushing back their delivery schedules.

Sales of $110.6 million in the three months ending March 31 were down 10 per cent on the opening quarter of 2015, which Rofin attributed “mainly to post-transaction announcement delivery push-outs”.

Weak demand from both the semiconductor and automotive markets also affected business, while the costs of the Coherent deal and the very public spat with activist investor Silver Arrow almost dragged Rofin into a net loss for the period.

As a result, the company posted a pre-tax income of only $1.2 million, down from $12.4 million this time last year.

2.5kW fiber modules arriving ‘early’
On the plus side, CEO Thomas Merk said that Rofin and Coherent had recently received “early termination” approval from the US Federal Trade Commission and that the merger should close before the end of September.

Merk also revealed that Rofin’s new high-power fiber laser modules – a key strategic technology development that ought to make the firm’s fiber lasers more competitive – was proceeding ahead of schedule.

“Our cost improvement program in high-power fiber lasers, with a targeted 15-20 per cent manufacturing cost reduction in fiscal year 2016, is on track,” said the CEO in Rofin’s quarterly results statement. “The launch of our 2.5 kW fiber laser module is now expected in this fiscal year [i.e. by the end of September], one quarter earlier than previously anticipated.”

Despite wider worries about the European market, Merk said that the region had performed well during the latest quarter, with solid orders coming from France and Italy. On the other hand, business in North America and Asia has weakened.

As the industrial laser market continues its shift to fiber technology, the CEO said that Rofin had received an initial purchase order from a “new, larger OEM” since the end of the reported quarter, and that year-to-date unit sales of high-power fiber lasers had increased by 25 per cent over 2015.

The drop in revenues mostly resulted from the firm’s “marking and micro” business, which posted an 18 per cent decrease in sales on last year, to $45.9 million. “Macro” sales, characterized by higher-power lasers, fell by only 6 per cent in comparison, to $45.7 million.

‘Low-ball’ offer?
Rofin’s stock price is now effectively pinned by the Coherent acquisition bid of $32.50 per share, and held steady at just under $32 on the Nasdaq exchange despite the drop in both sales and net income.

While Merk sees the $32.50 price as a good deal for stockholders – the bid was equivalent to an immediate 42 per cent premium when announced in mid-March – the Silver Arrow principals have continued their criticism of Rofin management and are pushing for a higher bid.

In a release last month they noted that MKS Instruments’ $980 million acquisition of the Californian photonics firm Newport represented a 53 per cent premium, and described Coherent’s bid as a “low-ball” offer.

Rofin management’s acceptance of the Coherent cash offer came just a day before an anticipated showdown with Silver Arrow at the company’s annual meeting of stockholders, with the activists claiming that Merk and colleagues were influenced by worries that they were likely to lose key votes on the make-up of the Rofin board of directors.

They argue that the agreed acquisition price should have taken into greater account Rofin’s much higher stock valuation during the 12 months leading up to the Coherent bid – although, ironically, one could argue with some justification that the public argument between Silver Arrow and Rofin management had contributed to the downward pressure on the stock.

For what it’s worth, Silver Arrow’s own analysis comes up with a range of between $34.25 and $41.25 that it sees as fair value for the deal, based on several recent photonics-related merger and acquisition agreements. However, other independent analysts have described Coherent's bid as "respectable".

Despite the continued public wrangling, it is clear that the activist investor does not want to jeopardize the deal completely. In its latest public release, it said:

“We are not recommending a vote for or against the Coherent merger at this time; however, we would endorse a competing offer that is within the valuation range supported by our analysis.”