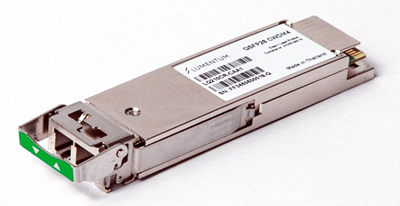 The company held $157.2m in cash at the end of the third quarter 2016, which had dropped by $4.7m sequentially. In the associated press and analysts’ conference the company said it remains debt-free.

Alan Lowe, president and CEO commented, “We executed on our plan in the third quarter and delivered record revenues up 16% over the same period last year. Datacom revenue grew 30% sequentially, also achieving record revenues, driven by a more than 140% sequential increase in 100G related revenues.

“TrueFlexTM ROADM revenue grew approximately 30% sequentially and more than tripled from last year. Bookings were robust during the quarter, with a book-to-bill ratio greater than one, as the North America metro deployment is poised to ramp, hyperscale data centers ready themselves for the shift to 100G, and China demand remains strong.”

In the conference associated with the results announcement, Lowe went on to give more details of several technology and market developments that are affecting the business of Lumentum, which became an independent company following the breaking up of JDSU in August 2015. 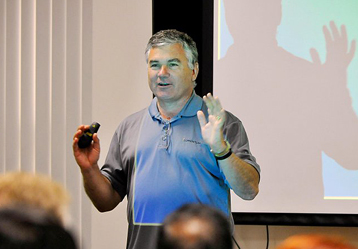 ”The cause of the growth in 100G comms was mainly to our network equipment manufacturers. As they deployed their 100-Gig line side products they need a client side transceiver to a lot of CFP2s and CFP4s and now QSFP28 systems are going out into those client sides of the networks.

China On the important market territory of China and Lumentum’s activity there, Lowe commented, “We been meeting with the three main carriers in China and while the timing of new orders to customers is not certain, it is clear that there will be more deployments and whether that’s another 30,000 or 40,000 lines, it’s not obvious yet. But I can say that every indication we get from both the carriers as well as our customers indicate that there will be continuing demand through the rest of this calendar year and into 2017 calendar.”

Fiber lasers With ever more activity in the fiber laser sector and especially considering the recent Coherent-Rofin acquisition, Lumentum is facing stiff competition in this technology area, where it did have a technical problem, that it says it has now resolved.

Lowe told the analysts about the company’s current fiber laser position: “We believe we’ve now resolved the coupling problem we had with one of our fiber lasers. We’ve been in production with the new process that provides a much more reliable and robust structure for our fiber lasers. So I’ll say that every indication to date is that we have tens of units in the field that have hundreds of hours [performance] and so far so good, so we believe that the problem is solved.”

For the fiscal fourth quarter 2016, the company expects net revenue to be in the range of $232m to $242m, its non-GAAP operating margin will be 8.5% to 10.0%, and non-GAAP earnings per share to be $0.32 to $0.38 per share, based on approximately 62 million shares. These estimates are based upon a thirteen-week fiscal quarter compared with 14 weeks for the fiscal third quarter 2016.