Integrated photonics systems based on graphene and silicon photonics could improve network performance while cutting costs. 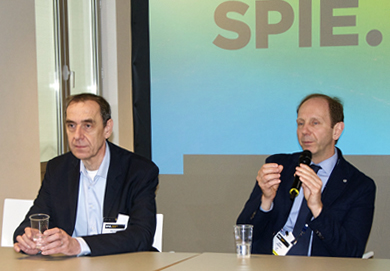 Graphene offers a potential solution for future integrated photonics communications systems, according to Marco Romagnoli, Head of Advanced Technologies for Integrated Photonics at Italy’s National Laboratory for Photonics Networks (CNIT). He was making the opening presentation at the day-long Graphene Workshop, one of the key conferences of this year’s Photonics Europe in Brussels.

”If you want to change the technology in this situation then there needs to be an advantage. So we are exploring how graphene could be a useful complement to silicon photonics in the future. By this combination, our cost-performance target that we would like to achieve is $1 per gigabit per second. We are not there yet.”

Graphene is an attractive material for this purpose because it exhibits electro-absorption and electro-refraction effects that can be used for ultra-fast modulation and the photo-thermoelectric effect for photodetection. The necessary high index contrast integrated photonics devices and associated circuits can be developed with a relatively small footprint and low power consumption. 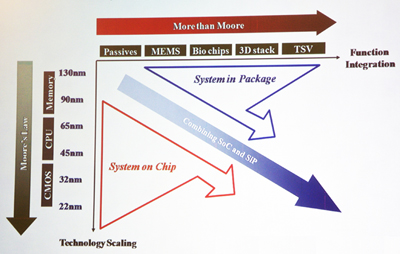 'Significant progress' Romaglioni explained that over the past few years, significant progress has been made in graphene photonics and optoelectronics but that even larger improvements are still possible and under consideration. “There are various advantages of graphene-based integrated photonics for data communication and we also have strategies for wafer scale integration,“ he said.

He contrasted silicon photonics with graphene photonics thus: “Silicon photonics has an active photonics circuit model based on dopant implantation and germanium epitaxy; it relies on free carrier dispersion and the thermo-optic effect. Graphene photonics, on the other hand, has a passive circuit model with no implantation or epitaxy necessary. Different approaches to developing such circuits could use the capacitive effect and the thermo-optic effect.”

Romagnoli, concluded that graphene-based photonics systems could be an enabler, even an accelerator of the “More than Moore” computing device integration-performance relationship, illustrated in the adjoining slide, taken from his presentation.