Partnership between Southampton and Bordeaux achieve control of integrated optical circuits with patterns of light. 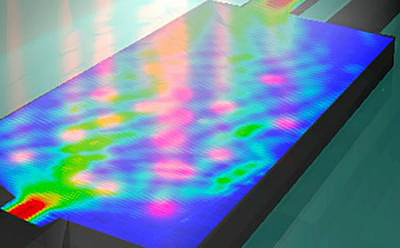 Researchers from the University of Southampton, UK, and the Institut d’Optique in Bordeaux, France, have devised a new approach for controlling light in a silicon chip that could make them programmable. Silicon photonics is forming the backbone of next-generation, on-chip technologies and optical telecommunications, targeting a range of emerging applications such as optical interconnects, microwave photonic circuits, and integrated optical sensors.

The researchers believe that while functions of a photonic chip are “usually hard-wired”, having reconfigurable optical elements would allow light to be routed more flexibly, opening up new applications in programmable photonic circuits. “Traditional spatial light modulators use liquid crystals or micromirrors to provide many independently controllable pixels,” they state. “This has revolutionized optics in recent years, with many applications in imaging and holography and adaptive optics.”

In their latest work, presented in the journal Optica, the team makes use of multimode interference (MMI) devices which are usually fixed. However, the team shows that different modes travelling through the MMI can be dynamically controlled using a femtosecond laser. This acts to effectively shape the transmitted light, allowing some modes through and restricting others.

Using a silicon-on-insulator 1x2 MMI splitter with a projected pattern of perturbations induced by the femtosecond laser, the perturbation pattern achieves routing of light to a single output port with 97% efficiency, essentially making the device programmable. Lead author Roman Bruck, a postdoctoral researcher at the University of Southampton, commented, “We have demonstrated a general approach to beam shaping on a chip that provides a wide range of useful functionalities to integrated circuits. The integrated spatial light modulator turns conventional silicon photonics components into versatile reconfigurable element.”

The Optica article stated: “By enlarging the area in which the refractive index profile can be defined, arbitrary light paths could, in principle, be realized all-optically, which would provide a similar level of flexibility to the electronic field-programmable gate array (FPGA). FPGA-like optical structures have been discussed previously, such as for microwave and silicon nitride waveguides. An all-optical FPGA analog based on the mature silicon photonics platform could be employed for a large number of applications in optical communications, for example, in multiplexing, wavelength-selective switching, and routing.”

Practical applications of this technology will include all-optical reconfigurable routers, ultrafast optical modulators and switches for optical networks and microwave photonic circuits as well as wafer-scale optical testing of photonic chips. More work is needed to develop these ideas into practical applications. 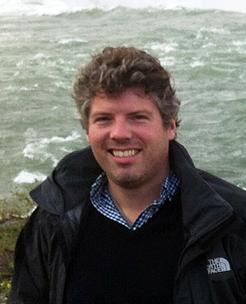 In an exclusive interview, principal investigator Professor Otto Muskens, from Physics and Astronomy at the University of Southampton, told optics.org about the group’s latest achievement and its context in research and market terms. “Optical interconnects are forming the backbone of today’s optical networks. Integration of interconnects on a chip can be done using a variety of approaches, depending on whether broadband ‘colorless’ operation is required or if different wavelengths are to be routed to different outputs independent from each other.

“A lot of functionality can be achieved by cascading of traditional elements such as arrayed waveguide gratings and interferometers, however these types of devices tend to get large [several millimeters] and are ultimately limited by the available real estate on a silicon chip, limiting its applications for on-chip optical networks. Our approach is different in that we use a very compact device where many modes simultaneously can be controlled. By shaping the pattern of perturbations, we can decide where to send the output light. This concept is very general and can potentially result in highly flexible, compact routers.

“Our work is still basic research and much more needs to be done to turn the concepts into real-world devices. We believe that optical control can be a feasible way forward, as efficient light sources become available at low cost, allowing direct integration on the chip of light source and modulator. Such an approach would be of interest for applications in next-generation ROADMs.

“Also, more work is needed to explore the mechanisms involved into greater detail. As the technique relies on availability of an external light source and digital micro-mirrors for modulation, the first range of applications will be aimed toward exploratory device development in the lab, and wafer-scale testing in fabrication centers. Eventually we are looking at pushing the technology towards field-programmable devices, where device functionalities can be changed without requiring a completely new design and fabrication cycle. Currently we are exploring commercial routes within the Southampton Silicon Photonics program.”