Thought zero-power brain implants were a Hollywood fantasy? Not if DARPA succeeds in research now under way. 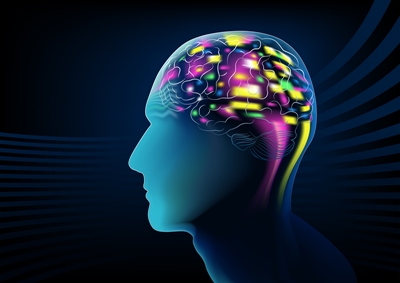 by Ford Burkhart in Baltimore
William Chappell, director of the Microsystems Technology Office (MTO) at the Defense Advances Research Projects Agency (DARPA), discussed the prospect of Matrix-like brain implants on the industry stage during this week’s SPIE Defense and Commercial Sensing (DCS) event.

He said various components of the proposed implants are being tested but haven’t yet been assembled. It is just part of the agency’s research on futuristic projects involving information exchange.

Prosthetic limb control
The “no power” implants would employ signal recognition to turn on implants in a brain to operate prosthetic limbs. Chappell calls them “unattended sensors” that could run for years at a time without new batteries.

“It’s like a father on his second child,” he said. “You used to wake up every time the first child cried. Then by your second child, you are aware while you are asleep, but you learn how to decide if it’s worth waking up. And if not, you will go back to sleep.”

The “no power” devices would fall into a long tradition of DARPA efforts to improve prosthetics, from developing better devices, to lower-power neural implants, to “zero power” solutions to control artificial limbs. The current work is called the “N-Zero” program at DARPA.

Separately, DARPA is carrying out neural interface work, but the two research avenues have not yet been combined.

Passive processing
The N-Zero implants would normally be “off” but would switch on whenever they sensed a signal that is meant for them to respond to. Those signals would be in the low millivolt or even microvolt range, Chappell said.

“It’s called passive processing,” Chappell continued. “It seems like magic. The signal recognition is done through the features of an acoustic device.”

To help explain, he described how a voice is amplified as it resonates in a hallway, which is passively enhancing the signal, creating an echo. The analogy is that the N-Zero implants would turn a voice into a single signal, larger than the original, by collapsing the elements for the voltage recognition that’s required.

This project, Chappell said, falls into the “DARPA hard” category, and in fact is among the hardest challenges being tackled by the agency. “We are not sure if it is possible, but we think it may be possible,” he said. “The physics tells us it’s possible; it’s up to the engineers to realize that.”

Chappell also reviewed a contest, announced in March, designed for large-scale machine-learning collaboration with outside groups to find ways to use the crowded electromagnetic spectrum more efficiently to move large packets of information.

Anybody interested in taking part can find the details at Spectrum Collaboration Challenge web page. The winner is set to win $2 million.