Turnover in key markets of continental Europe up to €17 billion as consumers take a liking to individualized designs. 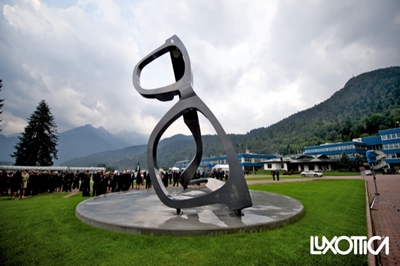 According to market research firm GfK, that increased adoption saw the market for corrective glasses, contact lenses, sunglasses and frames in the four key European markets of Italy, France, Spain and Germany grow 7 per cent in 2015, to reach more than €17 billion.

The analyst company said that while all countries and sectors grew in size, the boom was led by double-digit growth in Spain and Germany, with demand for more advanced vision correction technologies appearing to fuel the rise.

“This strong increase is based on a robust unit sales growth of 5.8 per cent and an increase in the average selling price of 1.8 per cent,” reported Till Herzog, senior business group manager of optics research at GfK. “The price trend was caused by a rise in the number of higher quality lenses sold in the European spectacle market.”

This positive trend was seen across all product sectors, Gfk said, with spending on contact lenses (including care products) up 2.3 per cent, frames up 6.5 per cent, and sunglasses recovering from a decline in 2014 to record growth of 7 per cent. But crucially the spectacle lenses sector, which accounts for 58 per cent of the overall market, was up nearly 8 per cent in 2015.

Progressive lenses in demand
GfK’s analysis of sales data by lens type showed that sales of progressive lenses – which are marketed as being ”tailored” to the individual - increased across nearly all markets, with sales in Germany and France growing at a remarkable 30 per cent.

”Certain product features have also had significant impact on the overall market value,” noted GfK. ”The final value of monofocal lenses was influenced by sales of refraction index lenses and lens coating, while for progressive lenses ’individual’ features from customization had an even greater impact.”

Not surprisingly, GfK’s data also revealed that there is a much higher share of progressive lenses sold in combination with high-end frames.

Examples of the kinds of “tailored” lenses being sold are Zeiss’ Precision Pure and Precision Plus models, available through Luxottica’s laboratory services and claimed to offer a 40 per cent larger field of view than conventional designs. Luxottica customers can also buy glasses featuring progressive lenses made by Hoya.

Intelligent eyewear
Italy-headquartered and NYSE-listed Luxottica, which owns the brands Oakley and Ray-Ban along with a string of well-known retail chains, reported earlier this month that its sales had risen by some 17 per cent to more than €9 billion in 2015 – partly the result of currency effects.

The company says that eyewear is a “structurally growing industry”, with demographic changes including the ageing population in its favor, as well as the growing demand for premium products.

In an investor call to discuss the 2015 results, Luxottica CEO Massimo Vian said that he expected the eyewear business to grow at a compound rate of 3 per cent over the next few years. That might not sound particularly rapid, but Vian added: “We see 500 million more people needing eye correction and wanting to see better in the next five years.”

What the company described as the “premiumization” of eyewear is a key factor in developed economies, with options like the Hoya and Zeiss customized lenses part of that growing trend.

Luxottica is also involved in the 'I-SEE' European Commission-funded project to develop intelligent eyewear fitted with sensors, and later this year at the Olympic Games in Brazil its Oakley division will launch new “Radar Pace” smart glasses – the result of a collaboration with Intel.

“It is a voice-controlled coaching system that you have in front of your eyes,” said Vian, pointing out that the high-tech kit, presented by Intel at the CES show in Las Vegas, does not project images through the lenses “yet”.