Retiring head of the European Commission’s photonics unit will leave his position at the end of March. 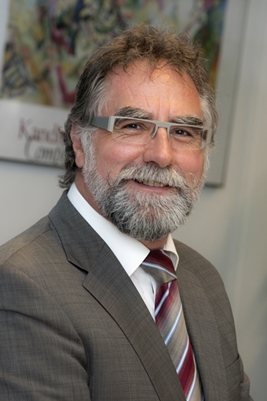 by Mike Hatcher in Brussels
Wolfgang Boch, who has headed up the photonics unit at the European Commission (EC) for the past two years, is to retire from the position at the end of this month.

In a surprise and emotional farewell at the Photonics21 annual general meeting (AGM) in Brussels, Boch said that despite never wanting to become a civil servant he had managed to clock up 26 years at the commission – during which time he has worked under six different commissioners.

Boch added that he was “very proud” of the of the Photonics21 public-private partnership (PPP), collaboration, and stressed that he would have no say over who would replace him in the role.

The most likely candidate at this point would appear to be his current deputy, Ronan Burgess, although Boch also pointed out the EC’s target quotas for women in management positions to his overwhelmingly male-dominated attendance.

Digital megatrend
In a more provocative and personal address than is typical at the Photonics21 AGM, Boch reflected on what he called a “very, very encouraging” start to the PPP over the past two years. This year saw the Photonics21 organization celebrating its tenth anniversary – and a decade in which its member roster has grown from just 60 founder members to more than 2500 today.

“The PPP has raised the level of ambition, momentum, and strategic direction [in photonics],” Boch said, although he also highlighted some areas for improvement by pointing out that three-quarters of the latest PPP-funded photonics project co-ordinators were from research organizations – suggesting that most ideas were still technology-led rather than user- or market-led. Boch also said that Photonics21’s advisory “mirror group” ought to be more efficient.

Looking to the future, he said that those now involved in setting the PPP’s priorities for the final three years of the Horizon2020 funding period (2018-2020) must “think value chain and market; think beyond your [technical] area; and think digitization”.

That final point represented an overarching theme at this year’s Photonics21 AGM, with the organization’s president Michael Mertin and European Commissioner for the digital economy Günther Oettinger both stressing the so-called “megatrend” towards the digitization of industry.

“The world is changing rapidly, and Europe needs to find new ways of innovating and doing business,” Oettinger said in an address to delegates. “Photonics could be a signal for competitiveness.”

Dangerous situation
The commissioner added that photonics would be at the heart of the digitization of industry, something that he hopes will ultimately deliver a competitive edge across the continent and in every industry sector.

“It means using photonics to make other [traditional] industry sectors more competitive,” he added, while suggesting that the technology sector offered hope during a tumultuous period for the European Union.

“For the first time, the EU project is in a real dangerous situation,” said Oettinger, apparently veering off the official script. “Grexit is back; Brexit [could be] coming; we have a refugee crisis and less willingness to reform,” he added, referring to recent political developments across the continent.

Invent the future
Picking up strongly on the digitization theme in his address, Mertin said that this represented the single most important trend for photonics to focus on, even if all the likely impacts of that trend are yet to become completely clear.

He said that it would become critical for Europe to create and control the new business models that will emerge from the digitization of industry by inventing and developing the innovative photonics technologies that will provide the kind of massively interconnected systems on which that future will be based.

Summing up that requirement with a quote from the legendary computer scientist Alan Kay, Mertin concluded: “The best way to predict the future is to invent it.”