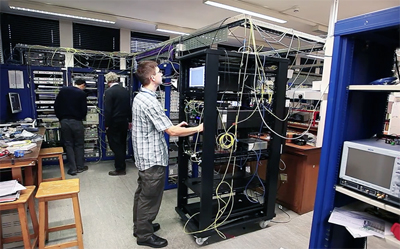 Aston and UCL are researching high-rate transmission under the UNLOC program.

To keep optical communications technology, which carries 99% of global data traffic, ahead of the projected growth in demand for bandwidth, researchers are turning their attention to tackling nonlinear distortions of signals traveling in fiber cables, which are now the main restraint the continued expansion of data transmission rates, according to some researchers in the UK.

A combined group from Aston Institute of Photonic Technologies, Birmingham, UK, and UCL, London, who conduct joint research under the EPSRC-funded UNLOC program, are now using a technique called “optical phase conjugation” to effectively reduce the undesirable effect of nonlinearities in a very high-capacity transmission link achieving up to 60% increase in the distance which information can travel and still be successfully received.

“Optical Phase Conjugation” (OPC) is an optical signal management method that can undo distortions in optical waves introduced by the medium in which they travel – in this case silica. It has been known for several decades, say the researchers, but until now it had not been tested in optical communication systems with terabyte/s data rates, which are expected for the next generation communications technology and were recently demonstrated by UNLOC.

In the latest study, published in the Journal of Lightwave Technology, UNLOC researchers used a single OPC device in a 2,000km fiber link to show for the first time, in systems with data rates from 800 Gb/s to 4Tb/s, that OPC can successfully deal with nonlinearities, improving signal quality and allowing information to travel much further.

OPC and another technique known as “Digital Back Propagation” (DBP) have recently emerged as the two most promising approaches to minimizing nonlinearities in optical fibers. Each comes with its advantages and disadvantages, but as communication links become more wide-bandwidth, OPC becomes very attractive.

The main drawback of OPC is that it requires a symmetry in the transmission link which is difficult to achieve practically. This symmetry is needed because an OPC device (always installed in the middle of a link) manipulates optical signals in a way which allows them to “erase” distortions and noise accumulated in the first half of the link as they travels through the second, provided that the signals see the same medium along the way.

Prof. Ellis added, “This is identical to Newton’s prisms, in which the first of two identical prisms spreads white light out into a rainbow, and the second inverted prism collects the colors back together again. However, since we don’t yet know how to build an “inverted fiber” we need to use a special “mirror”, the optical phase conjugator, to perform this trick.” 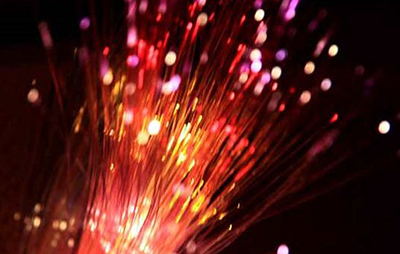 Current commercial optical communications systems installed at the bottom of the ocean use amplifiers at regular intervals to boost the signal as it travels through the fiber. As they amplify the signal at various points along the fiber, they break the symmetry in a transmission link so crucial for OPC to operate effectively. However, as optical amplification technology improves and new types of components like Raman amplifiers, which use the entire cable to provide the amplification, slowly enter the market, it is expected that the symmetry challenge will be largely resolved.

The UNLOC team has also developed an analytical model to analyse OPC performance in multiple system configurations. “The road from here to commercially deployed OPC technology is not that long,” said Professor Ellis. “Some product development is clearly needed, but we are now really only waiting for the market demand to catch up with the technology, which it will within a couple of product cycles.”

UNLOC is a five-year multimillion euro project funded by EPSRC to explore theoretically and experimentally the current limits of optical fiber communications technology. Using a holistic, system based approach, UNLOC researchers aim to device the next generation technologies that can expand the capacity of global fiber infrastructure so that it continues to meet the exponentially growing demands for faster and reliable transfer of massive amounts of data across networks of varying sizes and extent.

The project is led by researchers at UCL and Aston University and is supported by numerous global industry leaders including service and network providers, and equipment manufacturers. The background to the UNLOC project and explanation of some of the latest developments are shown in the following video: