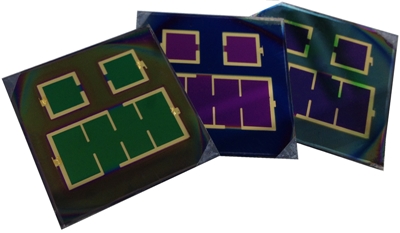 A €5 million, three-year project to develop tandem solar cells based on perovskite and silicon has just begun in earnest, with a kick-off meeting organized by its Swiss co-ordinators.

Perovskite has aroused huge interest among photovoltaics researchers in the past couple of years, offering the apparent potential for low-cost, high-efficiency solar energy conversion with a widely abundant material.

Although there is no commercial production of perovskite cells as yet, the US National Renewable Energy Laboratory (NREL) chart of best-performing research-level solar cells (see below) shows perovskites to be improving more rapidly than any other kind of cell.

Leading PV researchers including Martin Green from the University of New South Wales in Australia have previously suggested that combining perovskite with silicon in a tandem-cell formation could enable production of very-high-efficiency cells able to “piggy back” on the existing silicon cell production infrastructure with little in the way of added cost.

Industry translation
Under the “CHEOPS” project a team co-ordinated by the Centre Suisse d’Electronique et de Microtechnique (CSEM) will aim to produce perovskite-based PV modules at a size of at least 15x15 cm, while maintaining a conversion efficiency of at least 14 per cent.

Although small perovskite cells with a conversion efficiency of more than 20 per cent have been demonstrated in the lab, attempts to translate that kind of performance to more useful sizes have so far failed – and one of the key aims of CHEOPS is to “up-scale” the technology to a pre-production environment, using processes and tools compatible with an industrial environment.

"As researchers, we may get all excited when we manage to achieve a new efficiency record with a cell of – say - 1 mm2," says Sylvain Nicolay, manager at the CSEM PV center and CHEOPS project lead. "But to prove to the industry that the technology is feasible we need modules of at least 15 by 15 centimeters, and we need them to be stable."

Tandem tactics
In addition to that up-scaling, the research team will develop high-performance cells. Christophe Ballif, director of the CSEM PV center, noted: "Such tandem cells can harvest a broader spectrum of light than a single cell, which should lead to an increase in their efficiency further, approaching the 30 per cent range."

The team adds that, in the longer term, existing manufacturing methods used to make silicon cells may require only minor modification before being used to produce tandem cells, as the perovskite layer would simply be added on top of the conventional cell to act as an “efficiency booster”.

According to another CHEOPS partner, Zurich-based accelopment, although lab scale energy conversion by perovskite devices has rapidly advanced to efficiencies beyond 20 per cent, few attempts at scaling the technology have been made.

Moreover, when those attempts have been made, perovskite cell efficiencies have dropped significantly, to below 9 per cent. “In addition, questions about material stability and reliable measurement procedures are still under discussion,” states the firm, which provides project management and funding advice services. 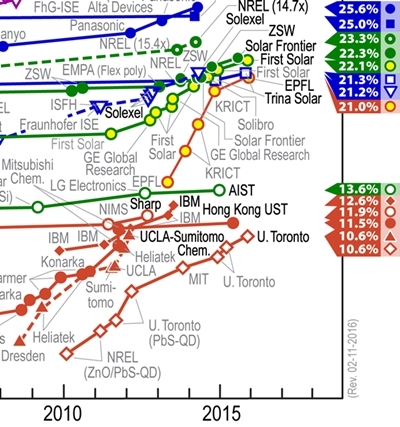 Target metrics
Key targets for the CHEOPS partners include developing modules at least 15x15 cm in size, manufactured in a pre-production environment while maintaining high, stable efficiencies above 14 per cent.

“As the production processes will be designed for large volume production at very low cost, this will demonstrate the potential of perovskite cells as a technology well-suited for building-integrated photovoltaics,” added accelopment.

At the same time, the research team will work on smaller high-performance cells, targeting an ambitious efficiency of more than 29 per cent for a 2x2 cm cell using a tandem configuration with a crystalline silicon heterojunction cell.

The CHEOPS consortium will also establish a quantified future development roadmap, plus protocols for stability testing and for reliable measurements.

“In summary, CHEOPS will decisively advance the potentially game-changing perovskite technology towards the market and will thus help to face the energy challenge in Europe and beyond,” an accelopment note on the project concludes.

Wuhan competition
The consortium will have been boosted by the news that a team led by researchers Michael Grätzel and Anders Hagfeldt at CHEOPS partner institution Ecole Polytechnique Fédérale de Lausanne (EPFL) set a new perovskite cell conversion record of 21 per cent in late 2015.* see update below

Among the nine other CHEOPS partners are UK-based start-up Oxford Photovoltaics, German chemicals giant Merck, and the Tyndall National Institute in Ireland.

With perovskite attracting so much attention, the team will face competition globally – not least from China, where the vast majority of silicon cells are made currently.

In fact, there is a strong link between the EPFL researchers and those working on perovskite PV at the heavily funded Wuhan National Laboratory for Optoelectronics - home of the Michael Grätzel Center for Mesoscopic Solar Cells.

The Wuhan team has co-published perovskite research with EPFL in the top journal Science, and is now working to scale perovskite modules to industrial sizes.

Also working to scale up the technology is a team at the electronics research center IMEC in Belgium. They demonstrated a 12 per cent perovskite PV module last year - although at an aperture area of only 16 cm2 it is still much smaller than the CHEOPS proposals.

• update (March 9th): CSEM has pointed out that although EPFL is involved in the CHEOPS project, Michael Grätzel's laboratory is not collaborating on this particular effort. Rather, the EPFL contribution is co-ordinated by Christophe Ballif, head of the photovoltaics and thin-film electronics laboratory (PV-LAB) in Neuchâtel.