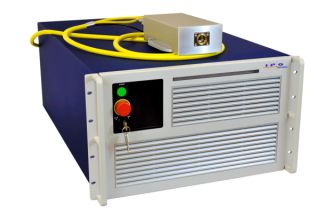 Results from fiber laser market leaders IPG Photonics showed that revenues for the fourth quarter of 2015 hit another high.

Founder and CEO Valentin Gapontsev told analysts that IPG had continued to expand its breadth of applications, made further inroads into OEMs in the cutting sector, and become more competitive in the automotive market.

Even so, the markets once again reacted cautiously, both to the numbers and to the company's guidance describing a "slow start" to 2016 with more substantial double-digit growth emerging in later quarters. Shares slipped more than six percent immediately after the announcement, despite relative stability in the overall stock market at the time.

Fourth quarter revenues rose eight percent year-on-year to $223.6 million, with net income up by a similar percentage to $60.7 million. At the same point one year ago, revenues had risen by 25 percent and net income by a notable 54 percent by the equivalent comparison.

Figures for the full calendar year showed total revenues up by 17 percent compared to 2014, reaching $901.3 million. Net income was $242.2 million, up 21 percent. Both percentage rises were similar in size to the ones reported twelve months ago.

"We successfully executed on our strategy to drive growth through the expansion of our established markets, as well as the development of products to address new applications beyond our core applications," commented Gapontsev.

"In the second half of 2015 a couple of top customers made the decision to turn to our solution, and we have received the first multi-hundred volume orders. We believe that the majority of other customers will follow this trend." He added that for QCW, "we don't see any competition."

Outside materials processing, the company was upbeat about its current pursuit of other markets, such as the large-screen 3D cinema and light-shows sector. Having now delivered the first prototype of a new RGB laser technology platform for cinema projection to a tier 1 customer, the first quarter of 2016 should see IPG ship a new pre-production six-wavelength unit to that customer, delivering record lumens.

In April the company will then emphasize its commitment to the sector by exhibiting a new digital laser luminaire at CinemaCon 2016, the annual convention of the National Association of Theater Owners, in Las Vegas.

Still no China crisis
Geographically, IPG sales in Asia increased by 14 percent year-on-year to $111.6 million, including an increase of 39 percent in Japan where the company upped its penetration into the territory's cutting OEMs.

China saw growth of 13 percent to $69.1 million, as demand for welding and brazing applications using high power and QCW lasers was partially offset by a decline in sales for marking and engraving applications. To no great surprise, the topic of the Chinese economy occupied a significant portion of the company's discussions with analysts following the release of the financial results.

Tim Mammen, company CFO, was asked how he now felt about prospects for the China market in 2016, having said one quarter ago that he expected sales growth to the country to continue but at a more muted rate of growth, thanks to adverse macroeconomic factors.

"We have positive feedback from all of the main OEMs in all the core product introductions, with both projects and growth arising from the battery welding sector, which will be strong in China. And then there is the consumer electronics cycle, that will probably see an investment phase this year benefiting our marking and QCW lasers," he said.

"Even 90 days ago we were confident that China would experience something between a reasonable and a good year in 2016, and we continue to believe that. You have to strip away the emotional side of the equation, and look at what the facts are."