Flir to focus on high-growth markets

Fourth-quarter and full-year revenues rise in line with company expectations, with room for improvement. 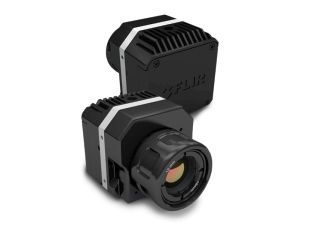 Flir Systems, developer of thermal imaging and vision systems, saw a slight increase in revenues for the fourth quarter of 2015 and a similar increase in full-year figures, according to its latest financial results.

Quarterly revenues reached $437.6 million, up by one percent from the equivalent quarter of 2014. Net income slipped slightly from $72.8 million to $70.2 million for the same periods.

"The fourth quarter largely met our expectations," commented CEO Andy Teich to analysts. "Profits and cash flow came in strong, despite our modest top line growth. Backlog rose to the best levels since 2008, when military combat operations were higher than they are today. For 2016, we intend to grow in our existing and new markets through continued product innovation, operational discipline, strategic marketing, and opportunistic use of our capital."

Performance across the company's business areas was varied. Revenues rose in the Security and Detection segments, but dipped elsewhere. The Surveillance segment reported quarterly revenues down by five percent year-on-year to $150.7 million, with the Instruments business falling by a similar percentage to $98.6 million for the Q4 period.

Teich commented that Flir's Instruments and Maritime sectors were both the weakest areas, following the pattern reported at the end of the third quarter. "Instruments was actually flat or up slightly on a currency-adjusted basis in Q4, but European and Latin American markets were soft from a bookings and revenue perspective," he said.

Even so, Teich pointed to the rising percentage of Instruments-sector products incorporating the company's Lepton sensors - now accounting for more than 60 percent of total unit volumes in the fourth quarter - as a positive development.

Amit Singhi, Flir CFO, told analysts that currency effects were the major cause of revenue decline; on a constant currency basis, the company's overall year-on-year revenues would have increased by three percent. He also pointed out that restructuring expenses had totaled $300,000 for the quarter and $1.4 million for the year.

Going forward, Teich commented that the company's plans involved shifting sales and marketing resources away from slow-growth markets and focusing on higher-growth areas instead. He also pointed to the Lepton platform as a source of good market traction for the future.

Daylight flights
During the fourth quarter, Flir acquired DVTEL, a New Jersey-based developer of surveillance software and hardware. The deal is intended to strengthen Flir Security's presence in the enterprise portion of the security market, according to Teich.

"What's important about DVTEL for us is that it fills a gap in our Security business, and builds on our strategy of providing a total system solution," he said. "DVTEL do have hardware products, but for us it's really more of a software play."

Another significant sector for the company is the Unmanned Aerial Systems (UAS) market, which it currently addresses with its FLIR Vue thermal imaging system and other products.

"We have been the major player in the military space for some time, but we are all watching the explosion occurring in the commercial side," commented Jeffrey Frank, Flir's Global Product Strategy VP.

"Late in 2015, we created two vectors into that market. One was the creation of a product line having appropriate capabilities and price points that we think that will help us gain inroads into the commercial space. The other was a strategic collaboration with unmanned aerial vehicle manufacturer DJI. We see a tremendous amount of opportunity coming out of this."

As Frank pointed out, regulatory issues around nighttime UAS use are in the process of being straightened out, but there are already a series of daytime applications that could deliver significant business opportunities.

"Things like agriculture, building inspection, search and rescue, fire fighting; all of these things have strong value," he said. "Thermal imaging brings a strong value proposition to these spaces, so we are optimistic about where this is going to lead."