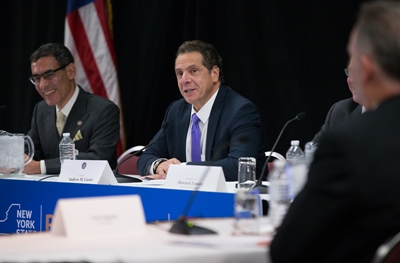 A state-of-the-art test, assembly and packaging (TAP) facility for the high-profile AIM Photonics project will be located at imaging sensor maker ON Semi’s existing site in Rochester, New York.

New York governor Andrew Cuomo announced the choice at a meeting of the AIM Photonics board of officers, during which the AIM Photonics CEO Michael Liehr made a request for $81 million to support the project’s 2017-2018 draft spending plan.

Kodak’s CCD pedigree
Headquartered in Phoenix, Arizona, ON Semiconductor makes a huge range of chips – including a wealth of CCD and CMOS image sensors that are employed in applications ranging from machine vision and factory automation to high-specification space imaging.

Acquired via ON Semi’s $92 million buyout of Truesense Imaging in 2014, the 260,000 square foot Rochester site features a 6-inch wafer fab for making CCD sensors, combined with CCD and CMOS test and assembly capability across a 20,000 square foot cleanroom.

The same location hosts a design center that was originally – perhaps ironically - part of Eastman Kodak’s physics laboratories, before it was spun off with the creation of Truesense in 2011, after Eastman Kodak itself filed for bankruptcy.

“The selection of ON Semiconductor further cements the Finger Lakes’ position at the forefront of the photonics industry and as a national leader in this emerging, high-growth field,” Cuomo said, noting the “beautiful irony” in a decision that would see Rochester return to its historic strengths in optics technology. 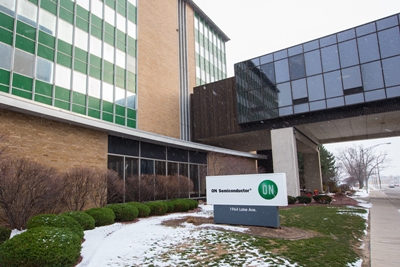 On board: ON Semi

“We have a unique, on-site infrastructure in place, including process engineers and technicians, cleanroom facilities technicians, maintenance technicians and an HSE (health, safety and environment) specialist, to help support the implementation of the [AIM Photonics] TAP center.”

Local officials and dignitaries lined up to welcome the announcement, with John Maggiore, chairman of the New York State Photonics Board, saying: “With its operating cleanroom facility that meets the technical and timing needs of the initiative, as well as its central location at Eastman Business Park, ON Semiconductor presents the strongest opportunity for the success of AIM Photonics.”

Bob Duffy, leader of the AIM Photonics leadership council, added: “This is the cornerstone of the AIM Photonics investment in Rochester and will make us a center for packaging for the wafer and semiconductor industry not only in New York State, but potentially across the country and abroad.”