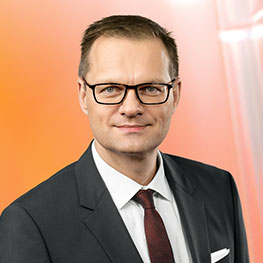 Dr. Stefan Traeger, aged 49, a member of the Management Board of the Swiss Tecan Group, which develops laboratory instruments, will move to head Jenoptik’s Executive Board following the departure of Dr. Michael Mertin, whose contract with the firm expires in June, 2017.

Matthias Wierlacher, Chairman of Jenoptik’s Supervisory Board, said, “In Dr. Traeger we have found an internationally experienced manager with an impressive career who is also familiar with the activities of Jenoptik. We look forward to working with him.”

The Supervisory Board thanked Dr. Michael Mertin for his strategic realignment of Jenoptik. Dr. Traeger is expected to take over his post in the second quarter of 2017; the exact date has yet to be fixed and will be published at a later date.

He will manage the Jenoptik Group together with Hans-Dieter Schumacher, who has been the Chief Financial Officer of Jenoptik since April, 2015.

Dr Traeger holds a PhD in physics and has management experience in a variety of executive positions in the photonics industry. Since 2013 he has been a member of the Management Board of the Swiss Tecan Group and manages the global end-customer business combined in its Life Sciences division.

Between 2000 up to the end of 2007 he held a number of positions with increasing management responsibility in various areas within the Carl Zeiss Group, most recently as Director Strategic Business Development of Carl Zeiss Meditec and Managing Director of Carl Zeiss SMT Ltd.