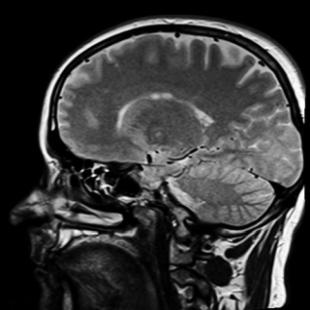 All in the brain: adjusting pain perception

Researchers from the Human Pain Research Group at the University of Manchester have developed a technique that holds promise for alleviating chronic pain, through carefully stimulating the brain with combinations of light and sound.

The team provided patients with goggles that flashed light from LED sources at particular frequencies, while audio beats at matching frequencies provided sound stimulation delivered in both ears.

Changes in patients' responses to pain stimuli as well as alterations in anxiety levels and mood were recorded, and revealed that the correct mixes of visual and aural stimulation produced a reduction in reported discomfort.

The work was published in the European Journal of Pain.

"This is very exciting because it provides a potentially new, simple and safe therapy that can now be trialed in patients," commented Anthony Jones of the Manchester Pain Consortium. "At recent public engagements events we have had a lot of enthusiasm from patients for this kind of neuro-therapeutic approach."

Alpha power
The key to the technique's success lies in alpha waves - tiny natural oscillations in brain electrical activity of between 7.5 and 12.5 hertz which have long been associated with relaxation and mood.

Alpha waves from the front of the brain are known to be connected with placebo analgesia and may influence how other parts of the brain process pain, so the team investigated what kinds of external stimuli would increase alpha power and heighten the beneficial effects.

Volunteers were exposed to a range of different visual and audio stimuli at different frequencies, but those treated with frequencies of 9 to 12 hertz did indeed report a reduced response to an external source of painful irritation.

Further studies to test the treatment's effectiveness in patients with different pain conditions will now follow, but the simplicity and low cost of the technology should facilitate the necessary clinical investigations.

"It is interesting that similar results were obtained with visual and auditory stimulation, which will provide some flexibility when taking this technology into patient studies," commented Chris Brown, who was part of Manchester research team. "For instance this might be particularly useful for patients having difficulty sleeping because of recurrent pain at night."

An interview with Anthony Jones: