Coherent storms up on record bookings and backlog 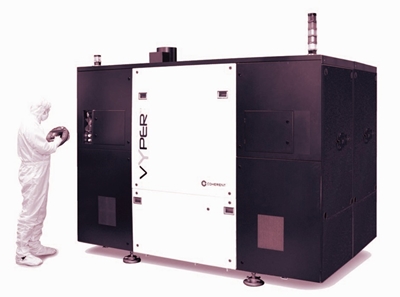 News of just how large those orders are, and how they will boost sales and profits, sent the Nasdaq-listed firm’s stock price soaring 25 per cent after markets opened on January 29.

Despite some softening in China for lasers used in materials processing applications, the firm was able to post record figures for both quarterly bookings and overall backlog in its latest financial update.

For the three months ending January 2, Coherent added $273 million in bookings, up dramatically from $162.5 million during the same period a year ago. That huge spike is due in large part to what Ambroseo described as a wave of orders for the company’s giant “Linebeam” systems used in OLED production.

Of that total, orders worth $188.9 million were booked by Coherent’s microelectronics segment, doubling sequentially and up 167 per cent on last year.

“The first wave of orders for large format Linebeam systems to be used in OLED production accounted for the bookings increase,” Ambroseo told an investor conference call, noting that the equipment was ultimately destined for end customers in Korea, China and Japan.

“The second wave has already arrived in the current quarter with an order well in excess of $150 million,” he added. “There are a significant number of orders pending for the balance of the second quarter and for the remainder of fiscal 2016.”

Expanding footprint
The surge in orders means that Coherent is having to invest in its wider business. “In order to meet our delivery commitments, we are expanding our footprint in Göttingen, Germany, and adding optics fabrication capacity at our site in Richmond, California,” Ambroseo said.

Richmond is the site of Tinsley Optics, which specializes in the kind of large-format optical components that are needed by the huge twin and triple “Vyper” Linebeam excimer laser tools. Coherent acquired Tinsley Optics last year.

Although the full effect of the recent orders will not show up in Coherent's sales figures until the second half of the company’s current financial year (i.e. April onwards), the CEO – who has previously hinted at the potential impact of OLED display applications – is clearly excited by the long-term prospects.

“We have a tremendous opportunity in front of us in the flat-panel display business,” he summed up. “It will lead to an inflection in revenue and healthy gross margins.”

Japan microscope win
For Coherent’s other application areas, Ambroseo noted that ultrafast lasers and biological imaging were the key contributors to another solid quarter for the company’s scientific division.

“We saw market share growth in Japan due to the Chameleon Discovery being qualified with a major microscope vendor,” said the CEO. “We are also seeing a shift from the traditional microscope companies to smaller players that specialize in neuroscience solutions.”

In medicine and life science, Ambroseo noted that tests on Coherent’s “Monaco” laser, an ultrafast source aimed at cataract surgery and some micromachining applications, were “going well”. He added that the novel carbon dioxide laser that the company developed for dentistry had received positive reviews, saying: “Widespread adoption seems increasingly likely.”

The only application area to take some gloss off of the Coherent results looked to be material processing, where bookings were down 40 per cent sequentially at $20.4 million.

Coherent said that the market in China had softened towards the end of 2015, with customers citing volatility of the Chinese stock market and the resulting impact on consumer confidence as the main culprit.

“There is some additional contribution from the devaluation of the yuan that have made imports more expensive,” he added. “This has more of an effect upon the low end of the laser market where local alternatives are available. It is less of an issue at higher performance levels.”

Bright outlook
Even so, with a backlog of orders now standing at just over $400 million, any slowdown in demand for materials processing lasers in China is unlikely to have too much impact on Coherent’s overall figures as they become more dominated by the OLED display application.

After confirming that the $150 million-plus deal represented a single order, Ambroseo hinted that more were in the pipeline. “We have a pretty good line of sight,” he said in response to an investor query. “I'd like to have the orders in place and know the configurations and everything else before disclosing the number - but it's a pretty healthy number.” 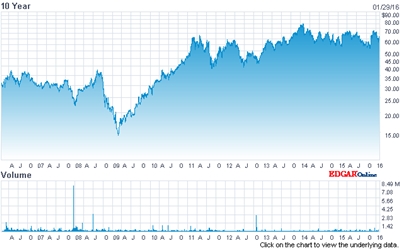 For the forthcoming quarter, Coherent’s executives are expecting to post sales of between $195 million and $200 million. And while that will represent a slight decline on the same period in 2015, it should mark the start of a significant increase in revenues as the Linebeam system orders are shipped.

• After rising to $80 in early trading on the Nasdaq following the latest update, Coherent’s stock price was at its highest valuation in more than 15 years – equivalent to a market capitalization of just under $2 billion. The company has only ever had a higher valuation during the telecoms bubble of 1999-2000.