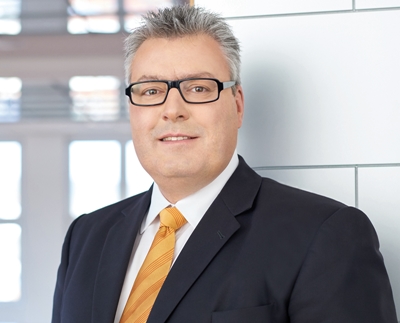 Despite stock-market turbulence, worries over the global economy and the knock-on impact of the Volkswagen emissions scandal, Jenoptik is hopeful of following up a record-breaking 2015 with another year of solid growth.

Announcing the long-predicted annual sales figure of €670 million – up from €590 million in 2014, partly on the weakened euro currency and an acquisition – CEO Michael Mertin said:

“Despite an uncertain global economic environment, we remain cautiously optimistic about the prospects for 2016.” The comments come after the company decided to trim its operations in Jena late last year, in anticipation of what it called a "protracted period of consolidation in the laser industry".

Looking further into the future, Mertin is targeting annual revenues of €800 million by 2018, an increase that will partly result from some modest acquisitions.

Market alignment
One key recent development is Jenoptik’s realignment into a more market-focused company structure, with Mertin observing: “This organizational change underscores the sustainable ongoing development of the Group to reflect customer requirements from our markets as well as global megatrends.”

The firm is still divided into three large segments, namely “optics and life science”, “mobility” and “defense and civil systems” (see graphic, below). But Jenoptik’s laser and optics operations, which were previously in the same, technology-focused division, are now spread across the optics and life science and mobility segments.

For example, laser processing equipment is now part of the automotive division, within the “mobility” segment. However, optics, micro-optics and optical systems technology now sit within the “optics and life science” segment.

Despite all that, major investments by car manufacturers in the second half of 2015 and strong demand for optoelectronic modules helped propel sales during the past year.

As a result the company’s old lasers and optical systems segment recovered from a weak start to the year, finally delivering annual sales of €250 million – up from €231.3 million in 2014 – but a slightly lower earnings before interest and taxes (EBIT) figure of just under €24 million.

Photonics West presence
Jenoptik’s metrology division also benefited from the upswing in investment by the automotive industry, with sales rising 14 per cent year-on-year to just under €210 million.

But the biggest contributor to sales growth in 2015 was Jenoptik’s defense and civil systems segment, with revenues up 23 per cent to just over €210 million.

That increase was partly because of the settlement of a major order during the year, with divisional EBIT improving dramatically to €18 million - well above the 2014 figure of only €2.1 million.

Overall, the company’s EBIT rose around 18 per cent to reach €61 million for the year, another record for Jenoptik. 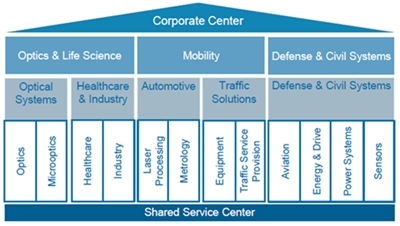 • Next month the company will be among the largest exhibitors at the annual SPIE Photonics West show, while Jenoptik is the founding sponsor of the popular SPIE Startup Challenge – in which 25 newly formed companies are battling for a $10,000 top prize.

Martin Griebel, from Jenoptik’s lasers and materials processing division, is also set to present a talk on the growing adoption of ultrafast lasers in industrial macro applications as part of the accompanying LASE symposium in San Francisco’s Moscone Center.